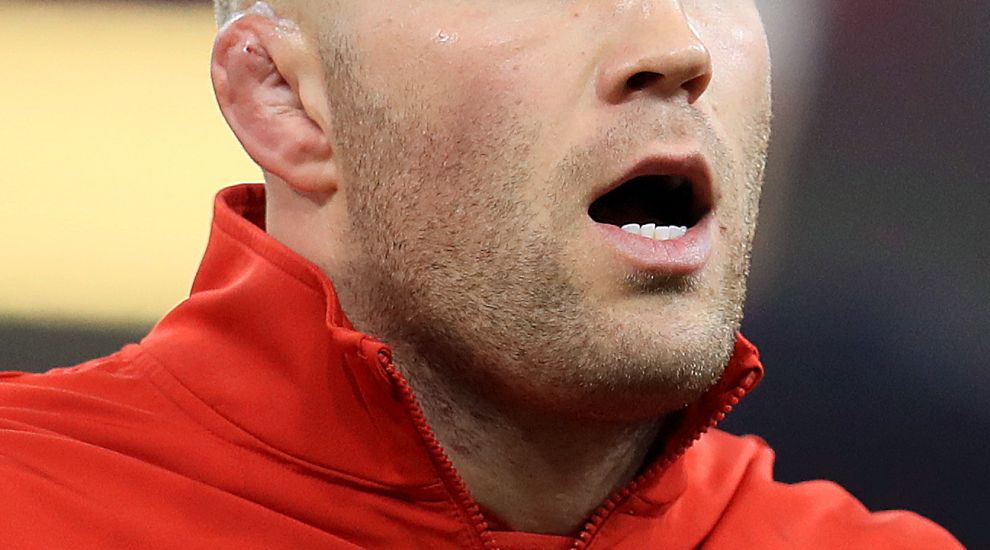 Ross Moriarty has hailed Wales’s character after they overcame a ferocious Fijian challenge and booked a World Cup quarter-final place.

An expected victory for Wales over Uruguay in Kumamoto on Sunday will set up a last-eight appointment with Six Nations rivals France seven days later.

France have been confirmed as Pool C runners-up following the cancellation of their game against England in Yokohama on Saturday due to the approach of Super Typhoon Hagibis.

Wales were pushed all the way by a fired-up Fiji side at Oita Stadium before wing Josh Adams’s try hat-trick underpinned a 29-17 Pool D success.

And it means they will progress as unbeaten group winners – a feat Wales last achieved at the 1987 World Cup – if they defeat Uruguay.

“We knew what we were coming up against with Fiji,” Wales number eight Moriarty said.

“There were a lot of ‘ooh’ moments out there. Luckily, I wasn’t on the end of many of them.

“It was tough. We knew Fiji were going to be dangerous.

“They showed that in the first 15 minutes – it was backs against the wall. We dropped off a few tackles, but we showed a lot of character to come back.

“We didn’t panic. We knew if we stuck to our process we would pull them back in, but when you see some of them running around it is a tough one to defend.

“They are very, very strong, and they showed that with the wingers cannon-balling through a lot of tackles. We will review this one and look forward to the Uruguay game.”

And lock Jake Ball added: “Their backs are just as big as their forwards.

“They obviously had nothing to lose and they went out and expressed themselves and played with a lot of flow and got some great off-loads away.

“They are very hard to defend against. If you let them run against you, it makes it hard work.

“Even when we were down, there is a belief in this squad, and we knew that if we could get our hands on the ball we could get in their half and score points.

“Uruguay have played some good rugby, there is no doubt about that.

“They are much better than they were in 2015, so we will be taking them very seriously with the hope of finishing top of this pool.”

Gatland will name his starting line-up on Friday, and he said: “A couple of guys are going to have to back up, but we will be making lots of changes for Uruguay, and in fairness, they are a tidy outfit as well.

“They are going to test us, particularly with this short turnaround and guys having to back up both games on the bench, too.

“It’s probably a bit of man-management over the next 24-48 hours and seeing where the players are at.”