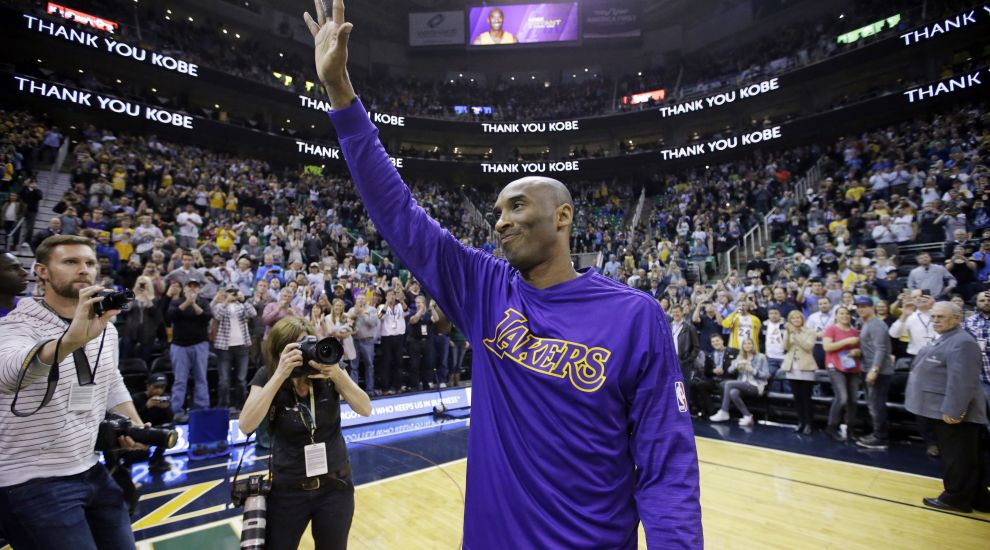 Basketball great Kobe Bryant has died in a helicopter crash at the age of 41.

The five-time NBA champion and two-time Olympic gold medallist died alongside his 13-year-old daughter Gianna in the incident in California on Sunday morning.

Los Angeles Sheriff Alex Villanueva said nine people, including the pilot, had died in the crash but was awaiting the coroner’s report before confirming any identities as it would be “inappropriate” to do so.

NBA commissioner Adam Silver said in a statement: “The NBA family is devastated by the tragic passing of Kobe Bryant and his daughter, Gianna.

“For 20 seasons, Kobe showed us what is possible when remarkable talent blends with an absolute devotion to winning. He was one of the most extraordinary players in the history of our game with accomplishments that are legendary: five NBA championships, an NBA MVP award, 18 NBA All-Star selections, and two Olympic gold medals.

“But he will be remembered most for inspiring people around the world to pick up a basketball and compete to the very best of their ability. He was generous with the wisdom he acquired and saw it as his mission to share it with future generations of players, taking special delight in passing down his love of the game to Gianna.

“We send our heartfelt condolences to his wife, Vanessa, and their family, the Lakers organisation and the entire sports world.”

Bryant, born in Philadelphia in 1978, is widely regarded as one of the greatest players to appear in the NBA and spent his entire 20-year career with the Los Angeles Lakers.

He was drafted in 1996 by the Charlotte Hornets at number 13, but was quickly traded to the Lakers where he would go on to become an 18-time NBA All-Star.

Alongside Shaquille O’Neal, Bryant helped the Lakers win three NBA championships in a row between 2000 and 2002. It is a feat that has not been matched since, with the Golden State Warriors losing in last year’s finals having won two in a row.

O’Neal tweeted: “There’s no words to express the pain Im going through with this tragedy of loosing my neice Gigi & my brother @kobebryant I love u and u will be missed. My condolences goes out to the Bryant family and the families of the other passengers on board. IM SICK RIGHT NOW”.

He stood third in the all-time NBA points list until Saturday night, when current Laker LeBron James pushed him down to fourth place.

James had told NBA.com after the game: “I’m just happy to be in any conversation with Kobe Bryant, one of the all-time greats to ever play.”

Bryant tweeted on Saturday night: “Continuing to move the game forward @KingJames. Much respect my brother.”

Bryant scored 81 points in one game against the Toronto Raptors in 2006 – the second most in any NBA game by an individual player behind Wilt Chamberlain – and dropped 60 in his final game before retirement in 2016.

The Lakers retired both of Bryant’s shirt numbers – eight and 24 – in a ceremony in December 2017, when then franchise president Magic Johnson said: “We’re here to celebrate the greatest who has ever worn the purple and gold.”

Johnson tweeted on Sunday: “I’m in disbelief and have been crying all morning over this devastating news that Kobe and his young daughter, Gigi have passed away in a helicopter crash. Cookie and I are heartbroken. I love him, his family and what he stood for on the court and off the court.”

Bryant was also part of the United States’ NBA-winning Olympic squads in 2008 and 2012, while after his retirement he and animator Glen Keane won the Oscar for Best Animated Short Film for ‘Dear Basketball’ – which Bryant wrote and narrated.

The National Basketball Players Association tweeted: “We are stunned and devastated by the news of the sudden passing of Kobe Bryant. Words cannot express his impact on our players, the NBA and the game of basketball. This is a monumental loss for the entire basketball community and our hearts are quite simply broken. We send love and prayers out to his wife Vanessa and the entire family.”

His impact on the game could be seen as sporting stars from around the world made tributes to Bryant on social media, including Andy Murray, Maradona, Simone Biles and Usain Bolt, while politicians and celebrities including Donald Trump, Barack Obama and Justin Bieber also paid their respects.

People were quick to leave flowers and other tributes to Bryant outside the Lakers’ arena the Staples Center on Sunday as well as Bryant’s Mamba Sports Academy in Thousand Oaks.

Tributes were held before a number of the day’s NBA games, as well as the NFL’s Pro Bowl in Orlando.

In the NBA game between the Toronto Raptors and the San Antonio Spurs on Sunday night, both teams let the 24-second shot clock run out in honour of Bryant, while Paris St Germain forward Neymar made a ’24’ gesture with his hands after scoring against Lille in Ligue 1.

Lakers next play against city rivals the Los Angeles Clippers on Tuesday night at Staples Center.