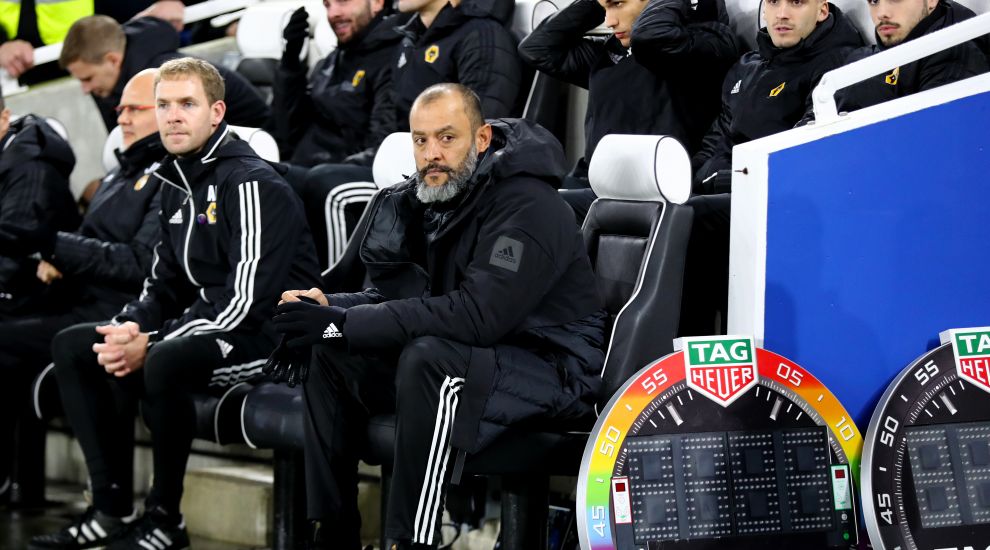 Nuno Espirito Santo saluted the never-say-die character of his Wolves side after they stretched their unbeaten Premier League run to 11 matches with a 2-2 draw at Brighton.

Diogo Jota scored twice either side of quickfire goals from Neal Maupay and Davy Propper in a crazy 16-minute spell at the end of the first half on the south coast.

Santo said: “It was like we expected, a tough game, but it was entertaining with both teams wanting to really go and score goals.

“We had very good momentum in the first half, we were in control.

“Then a mistake happened, we didn’t defend so well, and Brighton reacted. The second half was well played by both teams, trying to play their football.

“I think it could have gone either way but we finished on the front foot and I’m proud of the way my players keep going.

“Resilience is the word. We never give up. We want to improve and get better.”

Jota opened the scoring when he collected the ball on halfway, sent Raul Jimenez down the left and then raced into the area to meet the cross and sidefoot home.

Jota was denied a second by Mat Ryan after racing through one-on-one, and the miss quickly proved costly when Brighton launched an astonishing turnaround.

First Maupay latched on to a ball over the top from Dale Stephens and crashed a superb first-time volley inside the near post.

Then Wolves, who moments earlier had been in cruise control, were stunned again 90 seconds later when Leandro Trossard pulled the ball back and Propper thumped his header home.

It was Dutch midfielder Propper’s first home goal for Brighton, more than two years after joining the club, but it took him just eight minutes to cancel it out as a breathless first half came to a close.

Propper’s blind pass sideways rolled straight to Jonny, who was able to slip in Jota to equalise.

After the break Dunk survived a VAR check after blocking Jota’s close-range shot, with Wolves claiming a handball which would have been harsh, as both sides settled for a point.

“We started off OK but then Wolves grew into it, you can see the quality they have. All the time you are on the edge when you have the ball because if you make a mistake they can punish you, and at 1-0 down our goalkeeper was there for us.

“But credit to the players, we kept going. It’s a fairish result.”