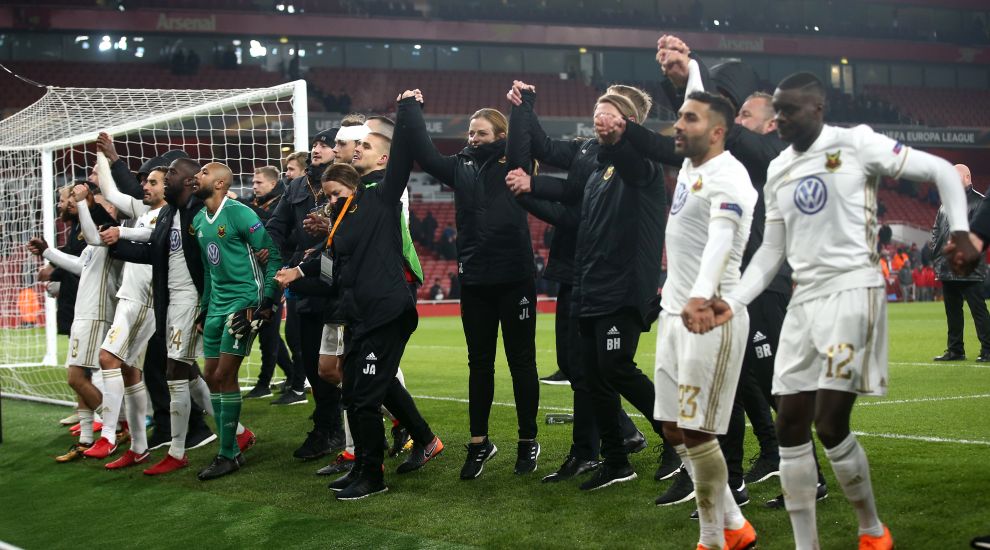 Ostersunds boss Ian Burchnall should be preparing for the new Allsvenskan season.

Instead, Swedish football has been halted before it has even begun due to the coronavirus outbreak.

“It’ll be worse for some teams forced into the chaos,” he predicts.

“In my last two jobs I’ve worked on a tight budget so, as we’ve been struggling for while with the financials here, nothing changes for us.”

Ostersunds were due to host Mjallby in their season opener on April 5 but now must wait until given the all clear from the global pandemic to play again.

For many clubs across Europe it is a delay they simply cannot afford.

Ostersunds average an attendance of 4,800 and need the match day revenue but the Swedish government will help, offering a one billion krona (£83.3million) bailout for the culture and sport industries.

A separate scheme is due to see the government subsidise up to 45 per cent of wages for employees and players at clubs earning up to 44,000 Swedish krona (£3,665) a month, with staff earning 92.5 per cent of their salaries.

They will pay 7.5 per cent of their wages, before tax, towards the plans.

That offer is open until September while Ostersunds have also been loaned their last three months of tax back.

“It’s a really good initiative and it’s going to help a lot of the teams get a bit of stability. When it was presented to me and the players we were quick to agree to it,” said Burchnall.

“It’s equally as bad for some of the bigger clubs, look at AIK and Hammarby who get gates of 25,000-30,000. They are massively reliant on that income and they were expecting that from next week.”

Yet, despite the financial help, Burchnall fears unless FIFA extends the transfer window clubs will struggle to survive.

“I’m hoping there’s a review of the transfer windows. An extension and keeping them open longer can certainly help the smaller clubs which rely on player sales,” he said.

“It’s going to be hugely critical because the money we can get for players helps sustain the club.

“The value of the player doesn’t increase while they’re not playing.

“The bigger picture is we’ve got the youngest squad in the league and there are a lot of players who could be developed and sold.

“The model for our club is we bring in young and talented players, develop and sell them. The first part of the season is a huge window for us and our players to perform.

“Suddenly clubs are going to have less money and there’s less of a window for our players to showcase themselves.

“We would sell players to Bundesliga 2 or to Belgium and if they have less money in the next couple of years it’ll have a knock-on effect. It’ll have a profound impact on European football.”

There is hope the Allsvenskan – which was only postponed on March 19 – will start at the end of May or start of June, much like the Premier League, and Burchnall is eager to put things into perspective.

His family are on lockdown in England but Ostersunds are still training and the club is still running, even if the manager has too much time.

“I’ve been trying to tell myself this is an opportunity to read a book and relax,” he told the PA news agency.

“Sometimes as a manager you don’t have that opportunity for some peace and quiet and to relax so I want to capitalise on it.

“But when you have that opportunity you don’t want it, you’re like ‘I want to play a game now’.

“I’m trying to convince myself some good can come out of having some peace and quiet but I haven’t quite worked out how to handle not having much to do.

“We should be starting a week on Sunday. We haven’t played a competitive league game since November 2.

“If we start in July, it’s almost nine months without a league game which is mad really. Then you’ve only got four months to fit the season in so it’s going to be really unusual.

“Everyone understands there is a much bigger picture going on globally.

“We’re fortunate to be able to train and work, there are worse positions to be in.”

The delay comes after a period of huge uncertainty for Ostersunds.

The Swedish Football Association initially denied them a licence to play in 2020 in November, which was overturned after appeal, following financial problems.

They were also under a transfer embargo while, in November, former chairman Daniel Kindberg was sentenced to three years in prison for serious financial crimes.

Despite the worrying backdrop Burchnall kept them up by two points last season having finished sixth in his first term.

He replaced current Brighton boss Graham Potter when Potter left for Swansea in 2018, after taking them to the knockout stages of the Europa League, memorably beating Arsenal 2-1 at the Emirates Stadium.

Last month, Ostersunds won their opening Svenska Cup games against GAIS and Eskilsminne 4-0 and 5-0 but now, heading into Burchnall’s third season in charge, stability is the main desire.

“With everything which has been going on for the last year or so just to have a stable season would be good,” Leicester-born Burchnall, who previously managed Viking in Norway, added.

“We want to be stable off the pitch and to develop a young team, this is the first phase of a young team. To create some stability would be great, the virus hasn’t quite helped but that is our goal.”