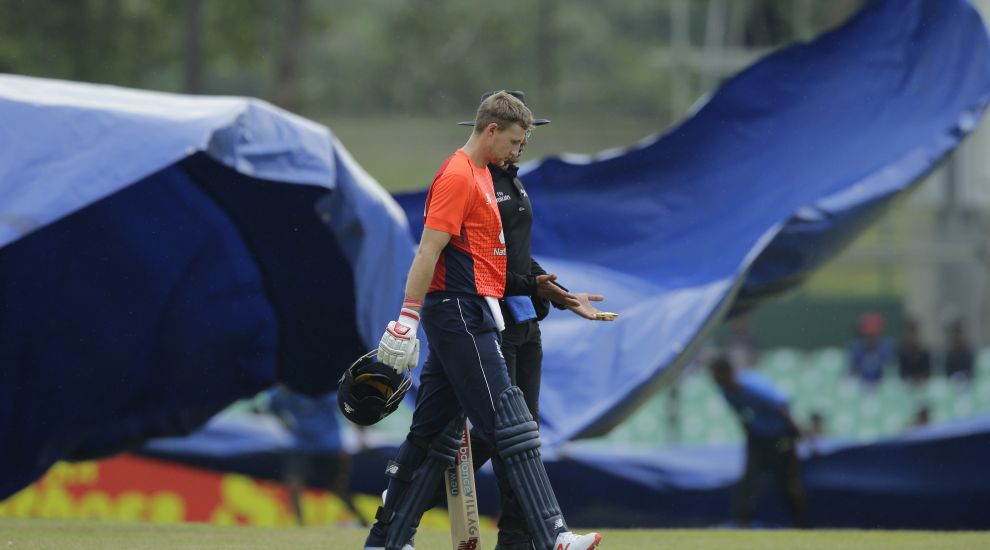 Little more than an hour’s play was possible before the heavens opened in Dambulla.

The first match of England’s tour of Sri Lanka fell foul of the elements as a deluge in Dambulla wiped out play after just 15 overs.

Having already lost one of their two warm-up matches to rain in Colombo last week – the other finishing early due to bad light – England were again left pondering the decision to visit the island so close to monsoon season.

Play got under way at the Ranjiri ground on schedule, at 2.30pm local time, but little more than an hour’s action was possible before a lengthy downpour began rendering the outfield unplayable despite extensive covering.

England had been asked to bat first by Sri Lanka skipper Dinesh Chandimal and reached 92 for two before the early end to proceedings.

The same four batsmen who made it to the middle during their solitary tour match – Jason Roy, Jonny Bairstow, Joe Root and Eoin Morgan – were again the only ones to see action. That means the likes of Jos Buttler, Ben Stokes and Moeen Ali go into Saturday’s second ODI, at the same venue, without a ball faced between them on the trip.

For Warwickshire paceman Olly Stone the occasion was something of an anti-climax. He was handed his international debut, and presented with his cap by Darren Gough, but lining up for the national anthems was the closest he got to making his mark on the field of play.

Liam Dawson, selected as a third specialist spinner ahead of seamer Mark Wood, was also denied the chance to impress.

Instead the first bowling duties of the day went to Lasith Malinga, playing his first ODI against England since the 2015 World Cup. For those who remember the 35-year-old as a rampant purveyor of stump-shattering yorkers he seemed disappointingly down on pace and menace.

Roy pulled an early short ball for four and dispatched a full toss as the veteran struggled for rhythm, with Bairstow piercing the infield with a pair of sweet drives off Nuwan Pradeep.

The pair grew in confidence, Roy advancing down the track to hit Pradeep down the ground and Bairstow hoisting the spin of Akila Dananjaya for the first six of the match in the seventh over.

Bairstow was first to fall, held low by wicketkeeper Niroshan Dickwella after Pradeep found the edge, to make it 49 for one.

Sri Lanka doubled down on their breakthrough moments later when Roy aimed a big swing at Dananjaya and succeeded only in looping a catch to mid-off for 24.

Root (25 not out) edged his third ball just past slip but quickly settled in to his work, with a particularly powerful hook off Malinga.

Morgan (14no) went down on one knee to flog Dananjaya for six, but it was the final moment of interest before several fruitless hours of waiting for bad news.