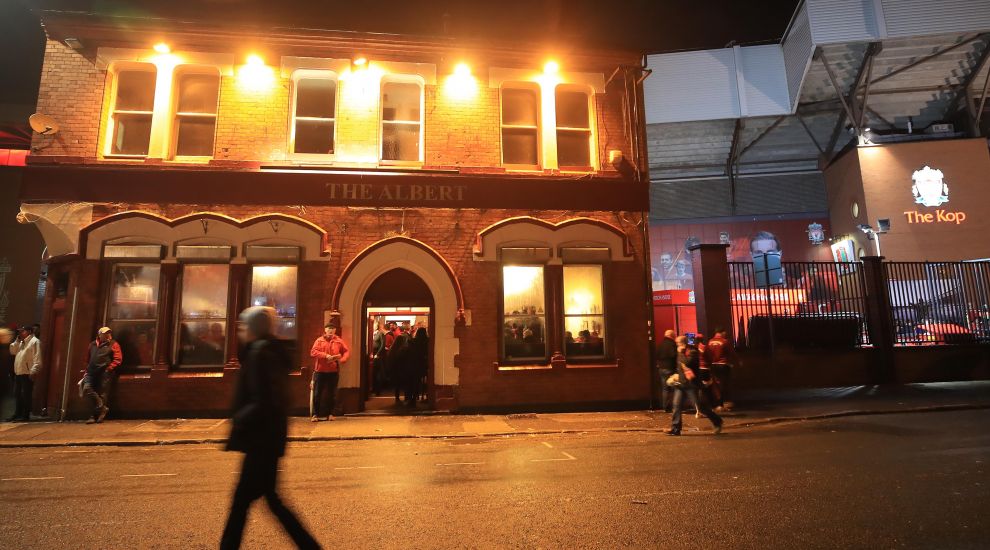 With a Liverpool fan in critical condition in hospital, Roma say a small minority of their fans have brought ‘shame on the club’.

Roma have joined those condemning the “abhorrent behaviour” by a group of their fans before Tuesday’s Champions League semi-final in Liverpool that has left a home fan in critical condition.

Merseyside Police have arrested two men from Rome, aged 25 and 26, on suspicion of attempted murder after a 53-year-old Liverpool fan was attacked outside Anfield shortly before kick-off.

The man, believed to be from Ireland, was at the game with his brother and is now being treated at Walton Neurological Centre, police have said.

In a statement issued on the Italian club’s website and social media channels, Roma said: “AS Roma condemns in the strongest possible terms the abhorrent behaviour of a small minority of travelling fans who brought shame on the club and the vast majority of Roma’s well-behaved supporters at Anfield after getting involved in clashes with Liverpool supporters before last night’s fixture.

“There is no place for this type of vile behaviour in football and the club is now cooperating with Liverpool Football Club, UEFA and the authorities.

“The club’s thoughts and prayers are with the 53-year-old Liverpool fan in hospital and his family at this time.”

This followed an earlier statement by UEFA that said it was “deeply shocked by the vile attack” and its thoughts were also with the victim and his family.

It added: “The perpetrators of this ignominious attack have no place in and around football and we trust they will be dealt with the utmost severity by the authorities.

“UEFA is waiting to receive full reports before deciding on potential disciplinary charges.”

He posted: “The thoughts and prayers of all the players are with the Liverpool fan who is currently very poorly in hospital, after being badly hurt ahead of our game last night.

“He came to watch a football match and support our team – the only result that matters to us now is that he recovers and can return home to be with his family and loved ones.

Liverpool, who won a thrilling contest 5-2, had already issued their statement, saying they are “shocked and appalled” by the attack and they will be offering the victim and his family their “full support”.

It added: “Liverpool FC directs supporters and those in attendance at the game to Merseyside Police’s appeal for information.”

In a long statement on the force website, Merseyside Police said witnesses have reported that the victim was hit with a belt and then fell. The incident took place outside the Albert pub at about 7.35pm.

The fan’s alleged assailants were among a total of nine men, aged between 20 and 43, arrested for various offences before and after the match.

The offences include affray, assault, possession of offensive weapons, possession of a controlled drug and criminal damage. Detectives are also investigating the use of flares outside the ground, the force said.

Several journalists at the scene of the fighting have said a group of more than 20 Roma fans initiated the violence and were then chased off by home fans before the police could respond, despite there being a large security presence at the game.

Roma fans have a recent history of violence against English supporters, most recently when they attacked Spurs fans in a bar in Rome in 2012, and Liverpool’s own history with Italian clubs is stained by the Heysel Stadium disaster in 1985, which left 39 dead.

Tuesday’s incident has come as a huge shock, though, particularly after Roma’s players and officials had made a good impression by laying a wreath at Anfield’s Hillsborough memorial on Monday.

Merseyside Police chief superintendent Dave Charnock said: “The vast majority of the 52,500 fans attending the game were well behaved and went to watch a good game of football.

“However, a minority of fans from both Liverpool and Roma were involved in isolated pockets of disorder in the city centre and near to the ground.”