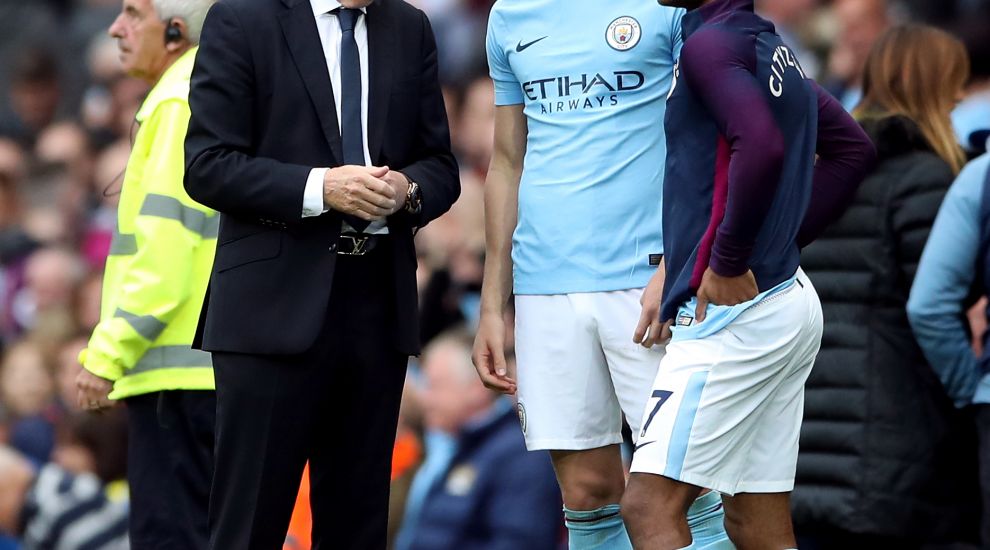 Former England manager Roy Hodgson is confident the best of John Stones is still to come.

The Manchester City defender has endured another inconsistent season in the Premier League.

The 25-year-old suffered criticism after Hodgson’s Crystal Palace snatched a surprise 2-2 draw at the Etihad Stadium on Saturday.

Hodgson, who handed Stones his England debut in 2014 and took him to Euro 2016, feels the player is being judged harshly.

“John is a good player,” Hodgson said. “John’s young, too. He still has his best years ahead of him.

“He’s still learning the game and learning it in a fantastic environment with very good players around him.

“I still think that John Stones is every bit what we expected him to be but he’s playing in a very important goldfish bowl at the moment.

“Every mistake or every good thing is magnified 10 times over. He’s very much a player that City and England will have good use from in the future.”

The spotlight was also increased at City following the departure of former captain Vincent Kompany and injury to fellow centre-back Aymeric Laporte.

Cahill said: “I’m sure he has a thick enough skin to deal with that. He had a fantastic World Cup and I hope he stays fit because if he stays fit I’m sure he’ll progress under this manager.

“He has had a couple of injuries which have not helped him but he is a very, very talented footballer and a great defender.”

City have sorely missed Laporte, who has been out since suffering a knee injury in August, in what has been a disappointing title defence.

The Frenchman is now back in training and closing in on a return but Tuesday’s trip to Sheffield United will come too soon.

There have been suggestions he could feature in next weekend’s FA Cup fourth round tie against Fulham but manager Pep Guardiola has not confirmed that.

Guardiola has also tried to play down expectations ahead of Laporte’s comeback.

He said: “We cannot expect that Aymeric is going to solve all of the problems.

“He is getting better and the doctor is going to evaluate him in the training sessions, and I am going to talk to him, (to see) when it will be possible, step by step, to come in.

“But after four or five months out he will need time. He will not be ready immediately to do it.”