Salah in same bracket as Messi and Ronaldo – Lovren 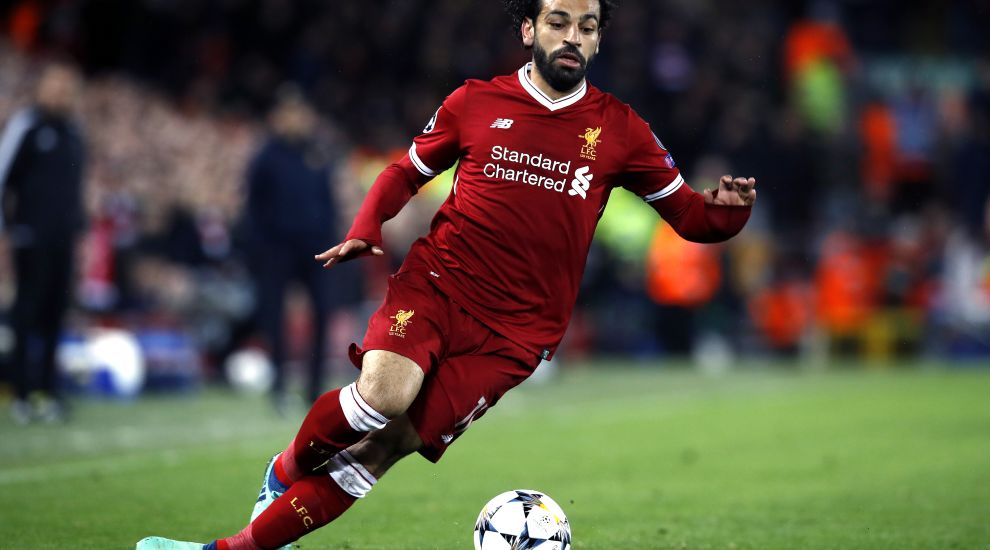 Salah in same bracket as Messi and Ronaldo – Lovren

Salah took his tally in an incredible debut season for the Reds to 43 with two goals against Roma.

Liverpool defender Dejan Lovren believes Mohamed Salah has elevated himself into the same bracket as Lionel Messi and Cristiano Ronaldo this season.

The Egypt international took his tally in an incredible debut season for the Reds to 43 with two goals – as well as two assists – from his best performance of the campaign in the 5-2 Champions League semi-final first-leg win over Roma.

Many bookmakers have now made Salah the joint-favourite to win the Ballon d’Or alongside Real Madrid’s five-time winner of the award Cristiano Ronaldo – and Lovren agrees.

“He is the one. He is becoming the superstar. It looks easy what he does but it is very difficult,” said the Croatia international.

“If he continues like that – I don’t know if this is the right time to put pressure on him – but I believe he should be regarded as one of the best three in the world at the end of the year.

“He deserves to be mentioned for the Ballon d’Or – when people talk about Messi and Ronaldo they should also talk about Salah.

“He deserves the credit but I think he deserves even more to be honest. Forty-three goals guys, f*****g hell.”

Salah was central to an exhilarating display on another famous European night but there were numerous other top-class performances with Roberto Firmino, who also scored twice to take his tally to 27, and captain Jordan Henderson also hugely influential.

Anfield was shaken to its foundations by a brilliant 33-minute spell either side of half-time when the rampant Reds scored five goals and Roma looked down and out until two late goals gave them a glimmer of hope for the second leg.

Lovren admits it was a game the players themselves enjoyed as much as the fans.

“To be honest you feel powerful, you feel strong when you look around and see the players next to you,” he added.

“We have big names, we don’t maybe have lots of ‘superstars’ but it is not about the name, it is how we perform on the pitch.

“You know how we will react when we don’t have the ball and then we will not be afraid of anything else.

“You can see the system working, definitely. Every training session, every game we feel we are more comfortable and more confident.

“We just need to learn from our previous mistakes, we have to be more controlling of the game, that is where we need to improve, but I am pretty confident for the next leg.”

Defender Trent Alexander-Arnold admitted he had not played in a more enjoyable game, up to the point when Roma scored.

“It was just free-flowing, there was not a lot of thought going into it and it was natural and that was the main thing for the team. It was unbelievable,” he said.

The 19-year-old was at a loss, however, to put into words the quality of Salah’s two goals.

“He’s a credit to himself. He works hard in training and we see it on a daily basis in training so we’re getting used to it,” he added.

“It is world-class stuff from him and the whole team to be honest.

“That last finish I think he’s done three times in the last few weeks now so maybe keepers are getting on to it but to have that composure in front of goal – he was outside the box when he hit it and running at speed – was an unbelievable finish.”