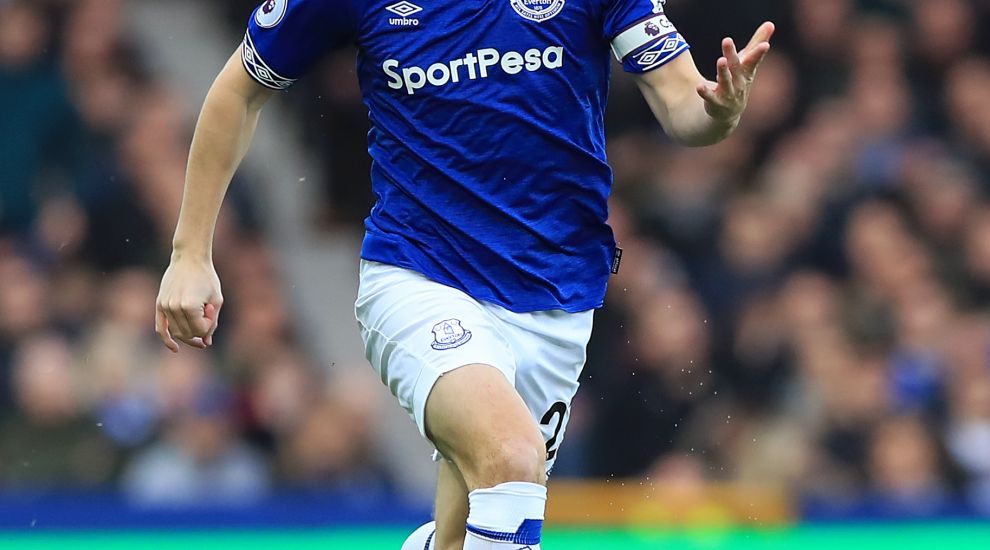 Seamus Coleman described Everton as a “work in progress” after they ended a disappointing run of results with a thumping win against Burnley.

The Toffees arrived at Turf Moor without a win in five games and on the back of Sunday’s painful 6-2 defeat by Tottenham but took less than two minutes to take the lead through Yerry Mina and eventually ran out 5-1 winners.

Coleman told Press Association Sport: “We wanted to bounce back after that very disappointing defeat to Tottenham. We knew it was going to be tough because they (Burnley) cause a lot of problems for teams with their style of play.

“Our three centre-halves dealt with it brilliantly throughout the game. Then we had that little bit of talent in the forward positions to cause them trouble so we’re very happy with the win.

“The confidence was there. The manager keeps telling us to believe in ourselves, to keep playing with a smile on our faces. At times we did that.

“I thought there were periods in the game where we were very good, periods where we weren’t so good but it’s a work in progress and we want to keep getting better throughout the season.”

There were strong performances all over the pitch from Everton, with Mina, Michael Keane and Kurt Zouma performing strongly in a three-man defence and left-back Lucas Digne scoring two fine goals from long range.

Arguably the outstanding player was winger Bernard, who troubled Burnley all game, setting up Mina’s goal and sending over a cross that Ben Mee handled to give Everton a penalty and a third goal inside 22 minutes.

The Brazilian, signed on transfer deadline day, has started all but two of Everton’s last 13 games and has become a key member of a squad whose quality Coleman cannot help but be impressed by.

He said of Bernard: “If you watch training, he causes our defenders problems every day. He’s a very talented, very special player and we’re very happy to have him at the club. He’ll only get better throughout the season as well.

“I’ve played with some quality players here in the past but this group, taking it on its own, there’s some very good players and some very talented players, and very good people, which is important if you want to be successful.

“The lads in the team that we’ve signed have been great characters so let’s just see how the season goes and try to finish as high as we can.”

After losses to Spurs, Manchester City and Liverpool, Everton now find themselves with a sequence of games all against teams outside of the top six, starting at Brighton on Saturday, their third game in seven days.

Coleman said: “We had a little run earlier in the season against teams below us in the league where we went on to win some games but it’s an old cliche, and it’s true, there are no easy games and you’ve got to take each game as it is and be prepared because every team causes their own problems.”

While there was relief for Everton, the game was a step back for Burnley, who had found some more encouraging form in recent weeks but were especially poor at the back and remain deep in trouble.

Manager Sean Dyche sees no point in looking back, saying: “Last season was a fantastic journey for everyone but I said this one was a restart situation, the only way you can make it different is spend £200million – that’s just a fact of the challenge.

“It’s not about befores, it’s about nows.”