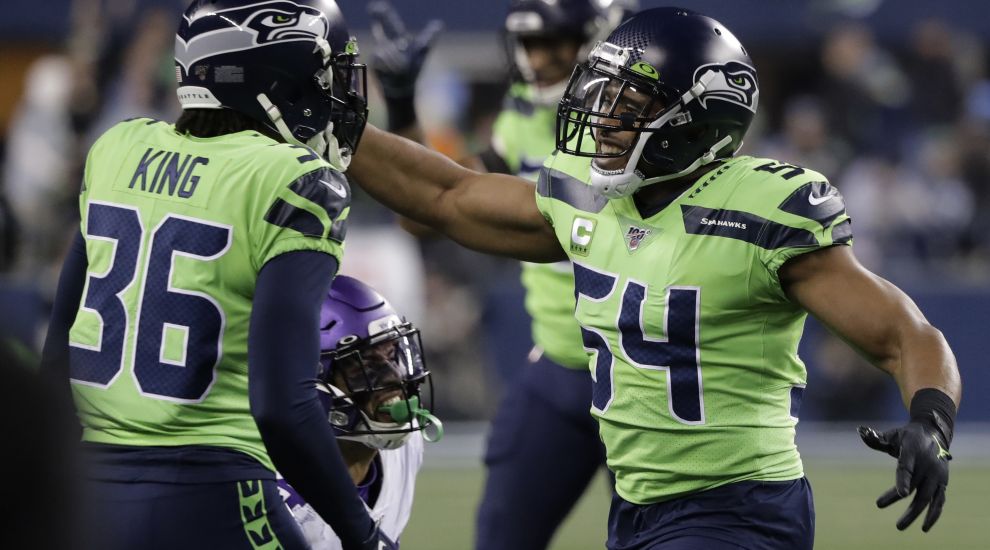 The Seattle Seahawks moved top of the NFC West after a thrilling 37-30 win over the Minnesota Vikings on Monday night.

Seattle turned a 17-10 half-time deficit into a 34-17 lead thanks to two Rashaad Penny touchdowns either side of quarterback Russell Wilson finding David Moore with a 60-yard scoring pass .

However, the Vikings made a game of it and touchdown passes from Kirk Cousins to Laquon Treadwell and Kyle Rudolph saw them cut the deficit back to just four points in the final quarter.

They could not get any closer, though, and Jason Myers’ 24-yard field goal, his third of the night,  with 21 seconds remaining ended Minnesota’s hopes.

Seattle’s 10th win in 12 outings this season moved them above the San Francisco 49ers courtesy of their head-to-head record, with the teams meeting again at the end of December on the final day of the regular season.

The Vikings slipped to 8-4, a game behind the Green Bay Packers in the NFC North.