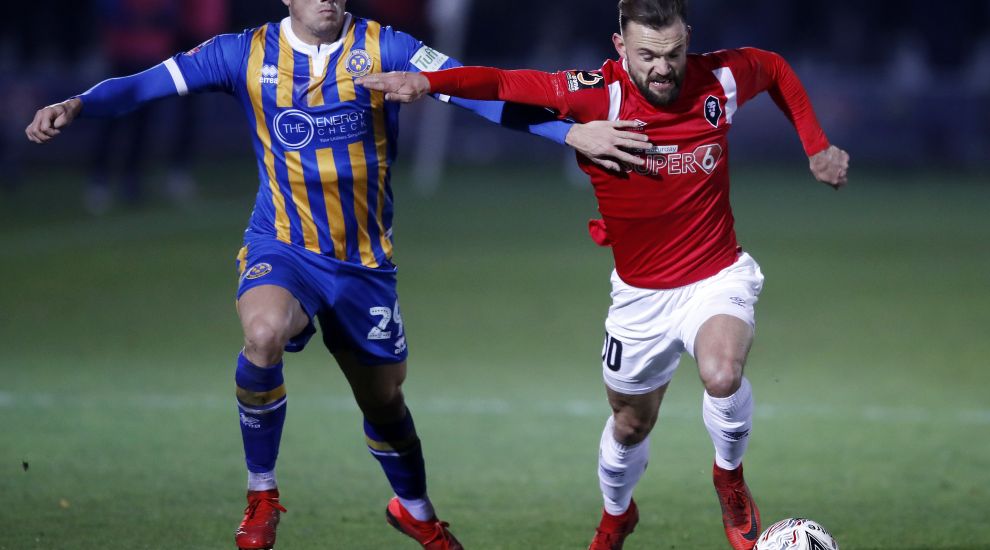 Shrewsbury have won their appeal against midfielder Oliver Norburn’s red card in the FA Cup tie against Mansfield.

Norburn was sent off after an hour of Shrewsbury’s 2-0 second-round win on Saturday following an incident in the centre circle.

A Football Association statement read: “Oliver Norburn is available for selection after a claim of wrongful dismissal was upheld by an independent Regulatory Commission.”

Norburn would have served a three-match ban but is now free to play in Shrewsbury’s Sky Bet League One games against Oxford, Coventry and Blackpool.