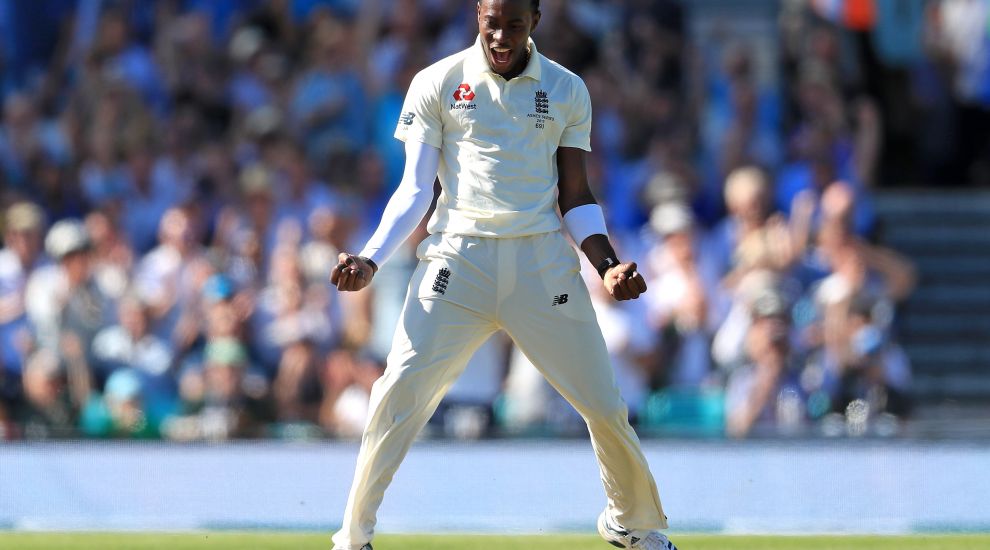 Dom Sibley believes the breakneck pace generated by Jofra Archer is an extra arrow in England’s quiver when they are dealing with an ageing Kookaburra ball.

On recent tours, England’s bowlers have often seemed bereft when confronted with an unresponsive surface and a Kookaburra that has lost its shine, and such factors may be seen against New Zealand in the first Test at Mount Maunganui this week.

Archer’s speed and hostility has already had an impact in the last few days as his bouncer thudded into the helmet of New Zealand A batsman Hamish Rutherford, who later displayed concussion-like symptoms and was ruled out of the rest of the warm-up.

Sibley, expected to make his Test debut on Thursday, said of Archer: “He’s got a special talent, it looks effortless. He gets that steep bounce because he releases it from such a high point.

“Most sports, whether it’s rugby, football or cricket, having someone who’s quick, it sort of scares people at certain times. Having that pace, it gives batsmen something different to think about.

“It’s massive to have for us in the middle overs, for sure.”

Archer was the bowler as England were given a brief scare on Tuesday morning when Ben Stokes was struck on the left glove during a net session, with the all-rounder briefly going back to the dressing room.

However, Stokes returned to bat and bowl in the practice without any obvious sign of injury and England downplayed any concern.

As to whether there was any tension between Stokes and Archer, Sibley said: “They played at Rajasthan (Royals in the Indian Premier League) together and know each other pretty well.

“It gets competitive in the nets but I’m sure it’s all in good spirits.”

Having opened the batting in both of England’s warm-ups in Whangarei last week, Sibley will almost certainly partner former Surrey team-mate Rory Burns at the top of the order against the Black Caps.

The 24-year-old intends to stick to the same principles that led to him topping the County Championship Division One run-scoring charts this year as well as facing 1,009 more deliveries than anyone else in the top tier.

Sibley said: “I haven’t been told just yet that I’m playing so I’ll have to see (on Wednesday) at training. I had a good net just now and am excited to get going.

“If I do play I’ll try to do exactly the same as what I’ve done this season in county cricket. I’ll try to get through the new ball, soak up as many balls as I can and score big hundreds.

“It’s been a strength of mine that once I’ve got in, I’ve really cashed in. Hopefully if I do play and get through the new ball, I can do the same.”