Smith eyeing Flat and jumps options for One Cool Poet 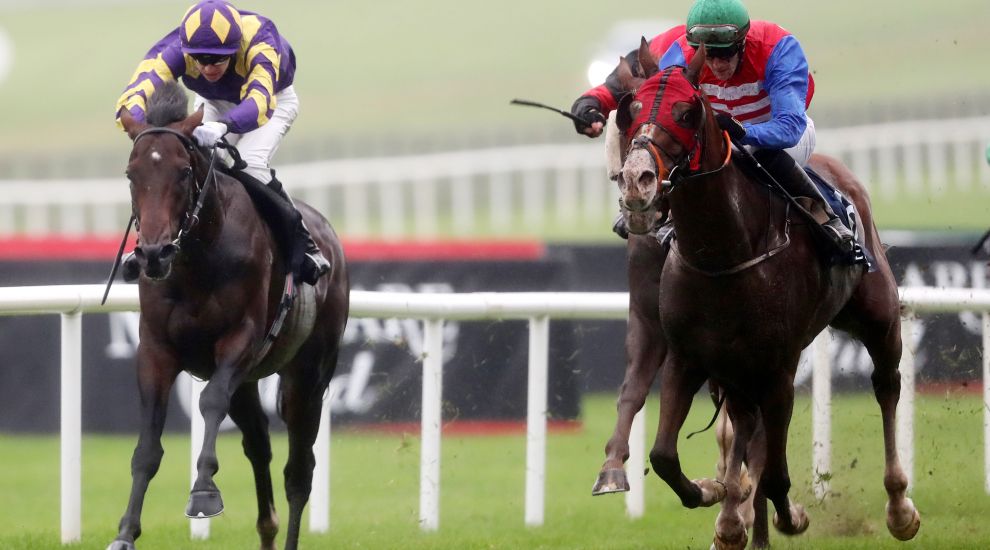 Smith eyeing Flat and jumps options for One Cool Poet

Trainer Matthew Smith will consider options on the Flat and over jumps for his remarkable stable star One Cool Poet.

Having made history in becoming the first horse to win three Flat races in the same week at this year’s Galway Festival, the seven-year-old’s successful run came to an abrupt end when he finished down the field in the “Petingo” Handicap at Leopardstown on Saturday.

However, turning out little over 24 hours later at the Curragh, One Cool Poet stormed home to claim a last-gasp victory in the “Northfields” Handicap – sparking scenes of wild celebration in the winner’s enclosure.

“He’s come out of the race fine and all is good,” said Smith.

“I was just watching the race again on Monday night and I still can’t believe he managed to get up and win.

Having claimed his first win at Galway off a mark of 66, One Cool Poet is now rated 100 on the level – just a couple of pounds below his hurdle rating, which Smith is keen to exploit in due course.

The trainer added: “He’s rated 100 on the Flat now, so we’ll see if we can find him a Listed race or something, but if there’s nothing suitable we might just go straight back over hurdles with him.

“Some people will think we’re mad going jumping with a horse rated 100 on the Flat and I suppose you’re always taking a risk, but it’s the same with any horse. He is a racehorse at the end of the day and the lads (owners) enjoy going racing with him.

“He seems to have turned a corner since Galway, so you’d like to think he can go and win over hurdles and I’m sure he’ll jump a fence again at some stage, too. He was unlucky not to win his beginners’ chase in Tipperary in July.

“He wouldn’t want winter soft ground, but hopefully we’ll get a couple of runs out of him before the ground turns.”