Smith will consider return to three miles for Ronald Pump 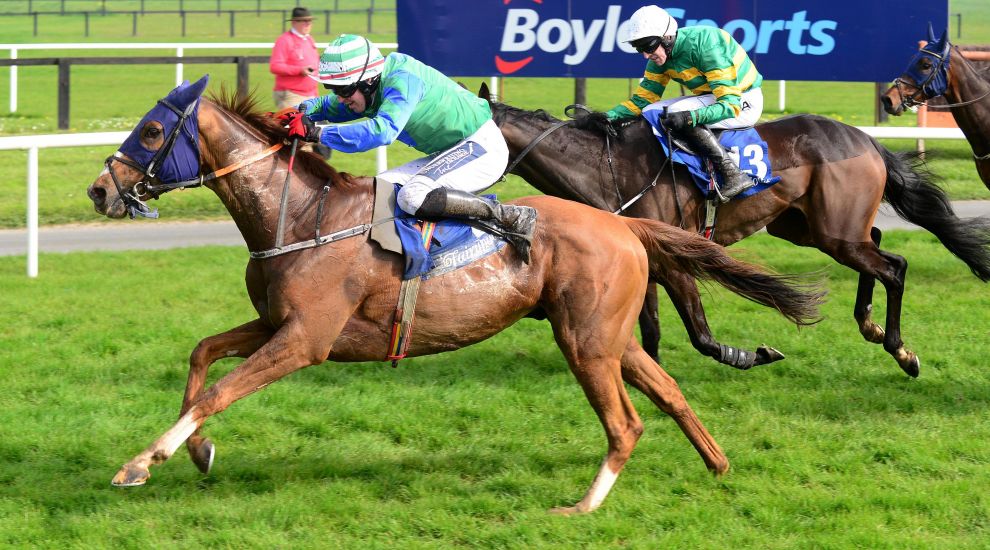 Smith will consider return to three miles for Ronald Pump

Ronald Pump may be set for a move back up in trip after impressing trainer Matthew Smith by recovering from a bad mistake to finish second to Fakir D’oudairies in the Baroneracing.com Drinmore Novice Chase.

Smith’s vastly-improved six-year-old was on the heels of the winner and Samcro at Fairyhouse on Sunday when he fluffed his lines at the fourth-last – costing himself any chance of victory.

However, Ronald Pump kept on again to take the runner-up spot, 22 lengths behind Fakir D’oudairies after Samcro fell at the second-last.

Smith said: “I suppose after the mistake he made he did well to get back into it at all.

“I thought he was travelling well just on their tails when he made that mistake. Obviously, it was impossible to know what would have happened.

“He just didn’t jump as well as he did in his beginners’ chase for some reason.

“Samcro fell, and we were lucky enough to finish second in the end.

“The winner looked fairly impressive – and Samcro was travelling well – so who knows how it would have panned out. They are two very good horses.”

Ronald Pump nonetheless vindicated the decision of Smith and owners, the Laois Limerick Syndicate, to supplement him for £9,000.

“There is no doubt about it, he’s a nice horse. It was a big step up for him – ideally he’d want further.

“(Jockey) Robbie (Power) said the ground was probably yielding to soft, so dropping back to two and a half was not bad. We’re happy with him.”

Smith has not given future plans much thought yet, although it is possible Ronald Pump could run next over Christmas.

He has entries in two Grade One races – the three-mile Neville Hotels Novice Chase at Leopardstown and the Matchbook Betting Exchange Novice Chase over two miles three and a half furlongs at Limerick.

Smith said: “He is in at Christmas – but whether he’ll run or not, I don’t know at the minute.”