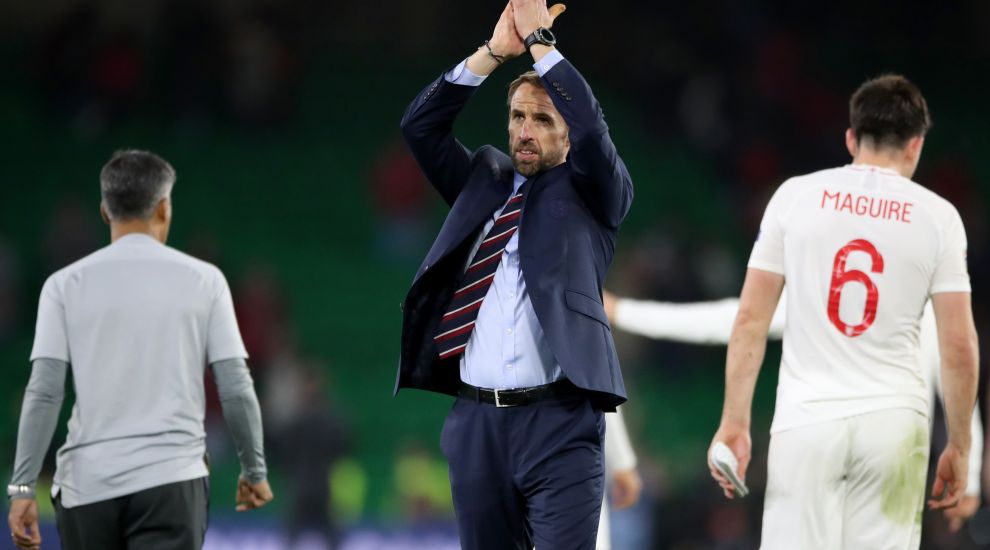 The Three Lions won 3-2 in Seville.

If the successes at age-group level and a summer run to the World Cup semi-finals had not captured attention, then the free-flowing football on display during Monday’s memorable Nations League triumph in Seville might have done the trick.

England ran amok against a Spain side that had never before conceded three goals in a competitive home match – a record broken during a breathtaking first half that saw a Raheem Sterling brace which was complemented by Marcus Rashford.

Luis Enrique’s men responded but the visitors held on for a 3-2 win on an evening when Southgate’s side produced some thrilling passages of play.

“You can go into a team as a youngster and suffer defeats and suffer difficult nights, and that becomes a bit of a reference for you.

“And also, we keep talking to them about ‘this is the way we want you to play as a young England team coming through’ – change perceptions of what England teams can do.

“Because we’ve won matches like this in the past, but maybe not played quite in the same style as the team did tonight.

“There are young ones coming through that will see that and see what we’re trying to do as well.”

It was arguably England’s most striking away performance since the 5-1 defeat of Germany in 2001.

Southgate was an unused substitute that night in Munich and was quick to point out the differing paths those nations followed after that 2002 World Cup qualifier.

“The problem with that is Germany went on the World Cup final and we did not get that far, did we?” the former defender said.

“I was just focusing on the game. I get the reference and it is difficult for the players to fully understand what they have done because Spain have had such a run without losing and had real momentum with the new coach.

“He is top and the way they play is absolutely top. Organisation and the way the players worked without the ball and their compactness, cutting off the angles to prevent the passes was really excellent.

“We won’t get carried away because we weren’t perfect tonight. We let in two really poor goals so there are areas where we could get better and we could have scored more if some of our decision-making had been a little bit crisper.

“There is always room for improvement but tonight they should really enjoy it because it is a special night for them.”

Spain had gone 38 competitive home matches without defeat before the Group A4 clash, where England managed the game as the tension built.

“There were a few with some possible penalties and card situation and everything else,” Southgate said.

“They are savvy players and I don’t criticise them for that. We have got to be savvy.

“We have got to be streetwise and make sure when we are in big matches we are doing the right things to manage the game as well.”

It was certainly an impressive display of resilience from Southgate’s inexperienced side, with Ben Chilwell and Harry Winks picked out for praise by their manager.

The England boss vowed to keep making decisions that embody the “fearless” nature he demands from his players, which may explain the decision to call up Jadon Sancho.

The 18-year-old came on for his debut in place of Sterling in Friday’s goalless draw in Croatia and the reaction within the group spoke volumes.

“Raheem after the game the other night went straight over to Jadon in the dressing room, congratulating him on his first cap,” Southgate said.

“It would be very easy for him to say, ‘actually he’s good competition for me and I’m going to just put him to one side’.

“But in training yesterday he was passing advice onto him and that sort of embodies the spirit of the group, which is crucial if we’re going to have any success.”