Southgate urges England to ‘play with pride’ in third-place match 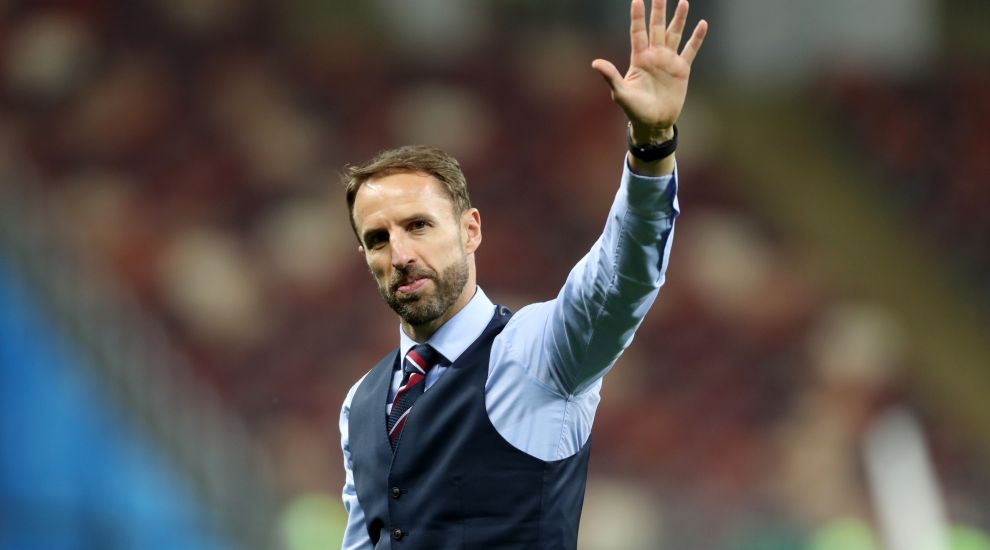 Southgate urges England to ‘play with pride’ in third-place match

Three Lions will face Belgium in St Petersburg on Saturday.

Gareth Southgate admits the third-place play-off is not a game that any team wants to play in, leaving the England manager facing a challenge to prepare his players in the wake of their World Cup heartache.

Belgium lie in wait this Saturday in St Petersburg after Croatia inflicted a crushing defeat. Football will not come home on Sunday, but a physically and emotionally drained England squad will.

Kieran Trippier’s early free-kick had England dreaming of a first major final since 1966, only for Ivan Perisic to level and Mario Mandzukic to strike in extra-time.

But there is still one more match to go for the Three Lions.

Saturday’s match is sure to feel like an unnecessary exertion to some, but it offers the chance to secure England’s second-best World Cup finish as Sir Bobby Robson’s semi-finalists lost their third-place play-off in 1990.

“The honest thing is it’s not a game any team wants to play in,” Southgate said ahead of the match against Belgium.

“We have two days to prepare. We will want to give a performance of huge pride. There’s no question about that. It’s always there every time we wear the shirt of our national team, we want to play with pride, we want to play well and win.

“Of course it is going to be a really difficult task over the next 24 hours to assess everybody and to get everybody mentally back to where we want them for a game like that.

“But that will be the challenge. I think it is too easy to move on immediately from what we’ve just been through.

“But we will do that and we’ll make sure we are ready as a group to go again because the group have huge pride in their performances, in the way that they work.

“And we have made such strides with our supporters and our public that we want to continue to do that.”

Southgate and his players are sure to be greeted as heroes when they return from Russia, but underlying frustration will linger after missing their shot at glory.

“I’m trying to get the balance right of recognising tonight was a wonderful opportunity for us and you can’t guarantee that those opportunities come again,” the England boss said.

“But equally we want to be a team that are hitting quarter-finals, semi-finals, finals – that is what we have aimed to do in the long term. And we’ve proved that is possible. We have proved to ourselves and our country that it is possible.

“Now we have a new benchmark, a new level of expectation. It will be a different sort of scenario.

“But for these players, many have come of age on an international stage and I couldn’t be prouder with what they’ve done.”

The last month has seen England reconnect with a disillusioned fan base, putting in performances that point towards a brighter future.

There is still work to be done and finding a way to create more chances from open play looks chief among Southgate’s tasks.

“I think our job is to maximise the strengths that we have and to make the most of the team that we have,” the England boss said, having seen nine of his side’s 12 goals come from set-pieces.

“The ability of the team and the style of play we’ve evolved enormously in a short period of time.

“But I’ve said all along we’re not perfect, we’re not the finished article. There’s a long way for us to go.

“Against the very best teams, we’ve not managed to get the wins.

“But we’ve won a lot of matches that historically England haven’t won.

“So we have got to look at the progress we’ve made and, as the players get more experienced and there are other young players to come through that we think are very exciting as well, then slowly the style of play and threat we pose can evolve even more.

“But I think within the games that we’ve played, we’ve played exciting, attacking football.

“We’ve created good chances in pretty much every that game we’ve played, and the strength in set-plays was something that we put a focus on because we knew the importance of it, so for me that’s been a positive rather than a negative.”