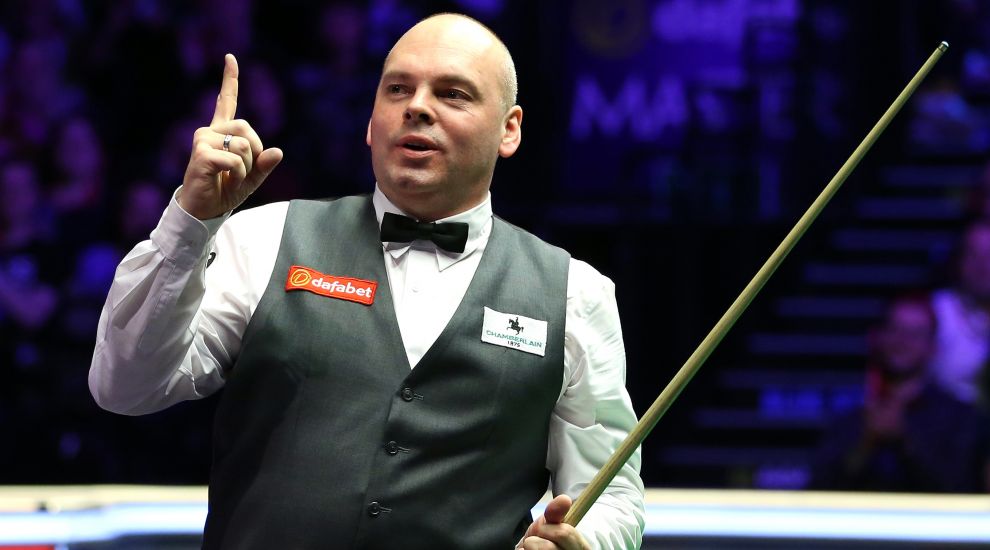 Stuart Bingham shrugged off an interruption from the crowd to sink Ali Carter and clinch the second biggest title of his career with victory in the Masters final at Alexandra Palace.

Bingham’s clash with Carter, who was a late replacement in the tournament, was briefly delayed in the fifth frame of the afternoon session due to noises apparently caused by a remote-controlled device which had been planted in the audience.

But the 43-year-old recovered from losing the first four frames of the evening session to secure the biggest win since his 2015 world title with a 10-8 victory.

Bingham had looked barely able to pot a ball as he sacrificed a 5-3 advantage to fall 7-5 behind – but he hit back magnificently and a 109 – his first century of the tournament – saw him over the line.

Reflecting on Carter’s stunning start to the evening session, Bingham told BBC Sport: “The way he came out, I was thinking what to say when I was beaten.

“I haven’t got a clue where that came from. I’ve had about nine hours’ sleep in the last two days and every time he was scoring I was sitting in my chair thinking, ‘this is getting really comfy’.”

Bingham held the advantage at the end of the scrappy opening session which was briefly interrupted due to noises from the crowd, which led BBC commentator Dennis Taylor to say “I think it could be a whoopee cushion”.

Carter had started the final in style with a 126 clearance in the opener and the pair traded frames until Bingham established some breathing space courtesy of a fluked yellow down the cushion to give him a 5-3 lead.

Bingham’s game went to pieces at the start of the evening session as Carter capitalised on countless errors by the world number 14 to win four frames in a row.

After edging two scrappy openers, Bingham wasted a good chance to get back on track in the 11th frame when he broke down on 37, and Carter stepped in with a clearance of 90 to take the lead at 6-5.

There seemed to be no stopping Carter who followed up with a clearance of 133 to go in at the mid-session interval three frames away from the biggest win of his career.

But the match swung in the 13th frame when Carter missed a straight pink to the middle, enabling Bingham to carve out a break of 64 and stop the rot.

Carter produced a timely response with a break of 77 to make it 9-8, but a brilliant long red in the next set Bingham up to finish with a break of 109 and seal the second biggest title of his career.

Carter told BBC Sport: “I’ve turned up here and done better than what I expected. There are a lot of positives for me to take – I’ve got to say all the right things but I’m gutted.”