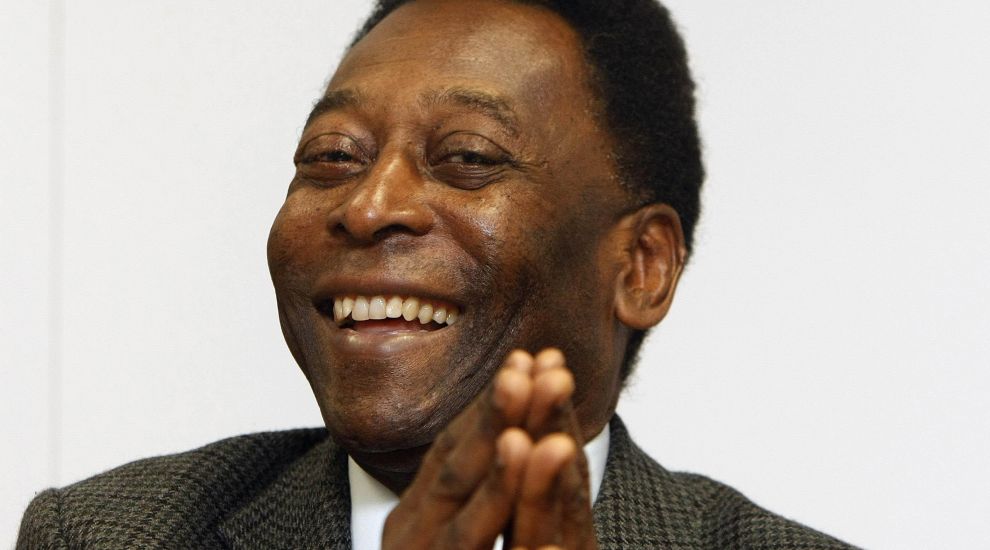 This enforced break in the football calendar has given people plenty of opportunity to reflect on some of the great matches, seasons and players.

Here, the PA news agency has picked out 10 of the best strikers to have graced the field.

May as well start with the best striker – and arguably greatest footballer – of all time. Pele won the first of three World Cup aged just 17 and went on to become a global star thanks to his unerring knack at finding the net. The Brazil striker, who played club football for Santos and the New York Cosmos, is said to have scored an eye-watering 1,281 goals in 1,363 games, including friendlies and tour matches, during his career.

Another Brazilian with an eye for goal and a dubious tally in excess of 1,000 goals when exhibition matches and the like are taken into consideration. But there is no disputing the 1994 World Cup winner’s ability in front of goal, having shone for the likes of PSV Eindhoven and Barcelona during a long and varied career that saw him named World Player of the Year in 1994.

The third Brazil international in the top 10, having, just like Romario, flourished at PSV and Barca after leaving his homeland. Ronaldo enjoyed a more successful spell on European soil than his compatriot despite an injury-hit stint at Inter Milan. Time with Real Madrid, AC Milan and Corinthians followed for the three-time World Player of the Year, with ‘El Fenomeno’ retiring with two World Cup winners’ medals.

The man affectionately known as Der Bomber plundered goals for club and country as he lit up European football in the 1960s and 1970s. Muller remarkably notched 68 in only 62 games for West Germany, having broken through so impressively at hometown club Nordlingen and flourished at Bayern Munich. European Footballer of the year in 1970, he led the line with aplomb and plundered 365 goals in 427 Bundesliga games.

Another player with a nickname as impressive as his goal record, the ‘Galloping Major’ starred during the greatest period in Hungary’s football history. During 12 years at Kispest, renamed Honved in 1949, he blasted home 357 goals in 354 games, before heading to Real Madrid for a medal-laden spell in which he netted 512 times in 528 matches FIFA’s award for greatest goal each year is named in his honour. Puskas died aged 79 in 2006.

Much of Puskas’ time in Madrid overlapped with another goalscoring great. Argentina-born Di Stefano scored a remarkable number of goals in South America during spells with River Plate, Huracan and Millonarios. Having moved to Europe in 1953, he continued his fine goalscoring streak by netting 308 times in 396 official matches in the famous white jersey. Di Stefano died aged 88 in 2014 and is considered the best player in Real Madrid’s history.

Shone brightly for Ajax, AC Milan and Holland during the 1980s and 1990s, winning medals aplenty and numerous individual accolades. Named world player of the year in 1992, the three-time Ballon d’Or winner was known for beautiful goals such as his stunning volley against the Soviet Union in the final of the 1988 European Championship. Ankle issues sadly saw his career come to a premature end.

There have been plenty of superb British strikers over the decades and few could argue against Greaves’ inclusion on this list. Nobody has scored more top-flight goals than the former Chelsea and Tottenham star, who fired home 357 and finished top scorer in Division One in six separate seasons. Part of the World Cup-winning squad in 1966, he is undoubtedly one of the best English footballers ever.

The ‘Black Panther’ remains Benfica’s all-time top scorer after a remarkable stint with the club he spent the bulk of his career with. Nobody is likely to get near Eusebio’s 473 goals in 440 competitive appearances for the Lisbon giants, while the Mozambique-born frontman shone for Portugal and was top scorer at the 1966 World Cup having won the Ballon d’Or the previous year. Eusebio died aged 71 in 2014.

Another Portuguese goalscoring great born in Africa – albeit a name few may be familiar with by comparison to Eusebio. Having left Angola for Lisbon as a 19-year-old, Peyroteo joined Sporting and became the most clinical scorer in Portuguese history with 541 goals in just 334 matches for the club – that is an average of 1.63 goals per game. He died at the age of 60 in 1978.