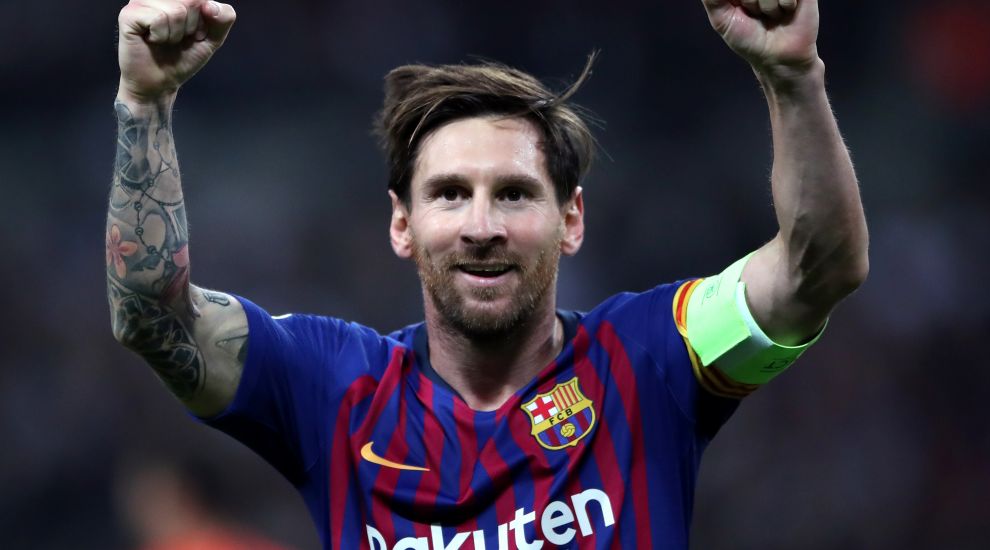 Barcelona coach Ernesto Valverde has warned against heaping expectation back upon Lionel Messi as the Argentinian superstar continues his recovery from an injury-plagued start to the new season.

Against a backdrop of unrest in Catalonia which forced them to travel to the Basque Country on Thursday, Valverde’s side are preparing to face Eibar in search of their fifth straight win.

Messi has battled calf and thigh problems during this campaign but showed signs of returning to his best form when he scored in Barca’s 4-0 win over Sevilla last time out.

Valverde told a press conference: “He is in the process of being 100 per cent fit.

“The other day he played 90 minutes and scored, and that always reassures the strikers.

“He has to go slowly to reach top form. He only has one full game under his belt – we hope he can give us much more in the coming matches.”

Valverde has received a boost with the news that both Samuel Umtiti and Junior Firpo have been declared fit. The pair had travelled with the squad but were awaiting medical clearance.

However, Barcelona are definitely without suspended pair Ousmane Dembele and Gerard Pique, with the club losing an appeal over Dembele’s red card last week for dissent.

Despite clawing their way to second place in the table, Valverde acknowledged his side have suffered a torrid start to their campaign, highlighted by their shock loss at Granada last month.

“We have had a difficult time but what I like is that we have been able to react,” added Valverde.

“It is what we have been doing in recent years – overcoming slumps. What we would like is to go top, but we can’t do that because we have slipped up.”

Opponents Eibar have improved in recent weeks and go into the game on a four-match unbeaten run in LaLiga.

And their coach Jose Luis Mendilibar is refusing to accept that Messi may present an easier than usual challenge given the injury situations he has faced this season.

“(But) we can’t be obsessed with him and the key is to stop the whole team. We have a plan to stop Barcelona, and Messi is among them.”