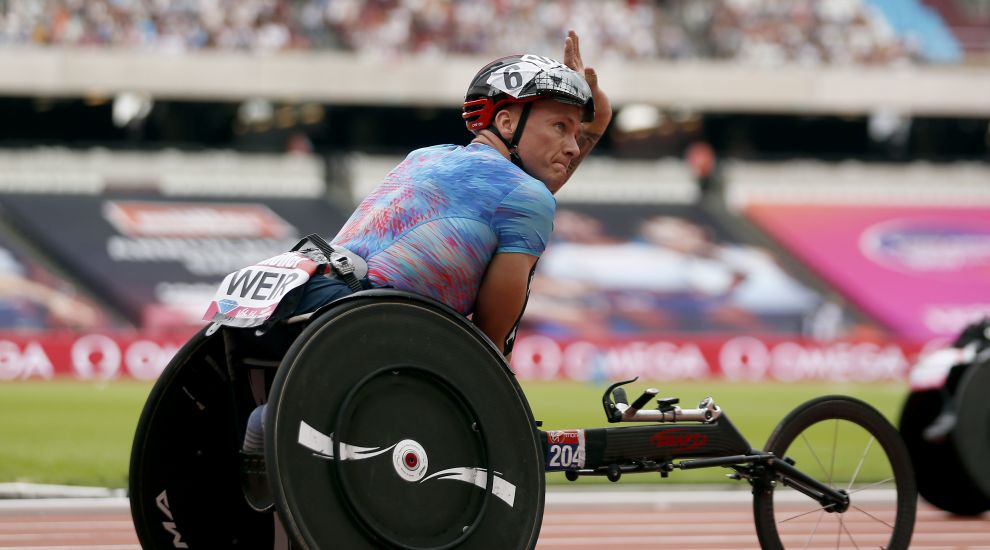 Six-time Paralympic champion David Weir is recovering at home after he was involved in a car accident on Tuesday.

The wheelchair-racing great was driving when he was involved in an accident with another car in south London. He was taken to hospital by ambulance before being later discharged. His injuries are being assessed.

A spokesperson for the 39-year-old said in a statement to Press Association Sport: “We can confirm that David Weir was involved in a road traffic accident yesterday at the intersection of the A24 and the B279.

“He was taken to hospital by ambulance and later discharged and is at home recuperating. David is in touch with the British Athletics medical team, who will assist with his recovery. There will be no further statement from David whilst the accident is investigated.”

Weir, who memorably won four gold medals at London 2012, was on Wednesday added to the British Athletics funding programme for next season.

He has been added to the second-tier podium potential section of the World Class Programme, having indicated his intention to target the marathon at the 2020 Paralympic Games in Tokyo.

Weir’s decision to set his sights on a sixth Paralympics represented a U-turn after he had vowed never to compete for Great Britain again after a disappointing Games in Rio in 2016. But winning a record eighth London Marathon title in April reignited his belief he can be competitive in Japan, when he will be 41.

“David is one of our finest ever athletes and I am delighted he has set his ambitions to target the marathon at the Tokyo Paralympic Games. We will support him as he aims to achieve those goals,” she said.