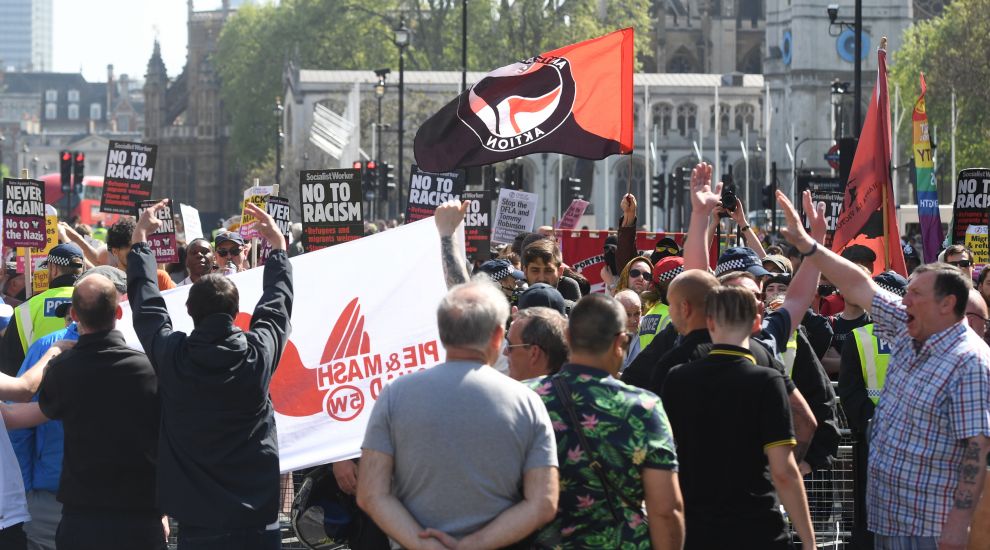 West Ham have suspended youth coach Mark Phillips after he took part in a march organised by the Democratic Football Lads Alliance (DFLA), the Premier League club have confirmed.

Accused of Islamophobia and racism by its critics, the group marched through central London on Saturday to protest against what its Facebook page listed as “returning jihadists, veterans treated like traitors, thousands of AWOL migrants”, light sentences for paedophiles and an “epidemic of gang and knife crime”.

In a series of posts on his Twitter feed, which he has now protected, Phillips said he attended the march and then defended the group against claims it is “far right” and was to blame for violence with the police and anti-fascism protesters on Saturday.

These tweets were forwarded to football’s anti-discrimination charity Kick It Out on Monday and it passed them on to the Football Association, as Phillips is a “participant in the game”.

As Phillips does not appear to have broken any laws, the case was passed on to his club, which took the decision to suspend him on Tuesday.

In a statement, a Kick It Out spokesman said: “We can confirm we’ve received a report about a West Ham coach claiming to have attended the DFLA rally. We have passed it on to the club and are liaising with them about the issue.”

Earlier this year, the Premier League warned its clubs against the rising influence of the DFLA’s forerunner, the Football Lads Alliance, which it said was using the game to spread Islamophobia.

In a statement, a West Ham spokesperson said: “West Ham United is an inclusive football club. Regardless of gender, age, race, ability, religion or sexual orientation, every supporter within our diverse fanbase is warmly welcomed at London Stadium, free to enjoy watching their team play football without fear, discrimination or abuse.

“We have a zero tolerance policy to any form of violent or abusive behaviour. We continue to protect and cherish those values. And we remain committed to ensuring that every single member of the West Ham family feels safe, respected and included.”