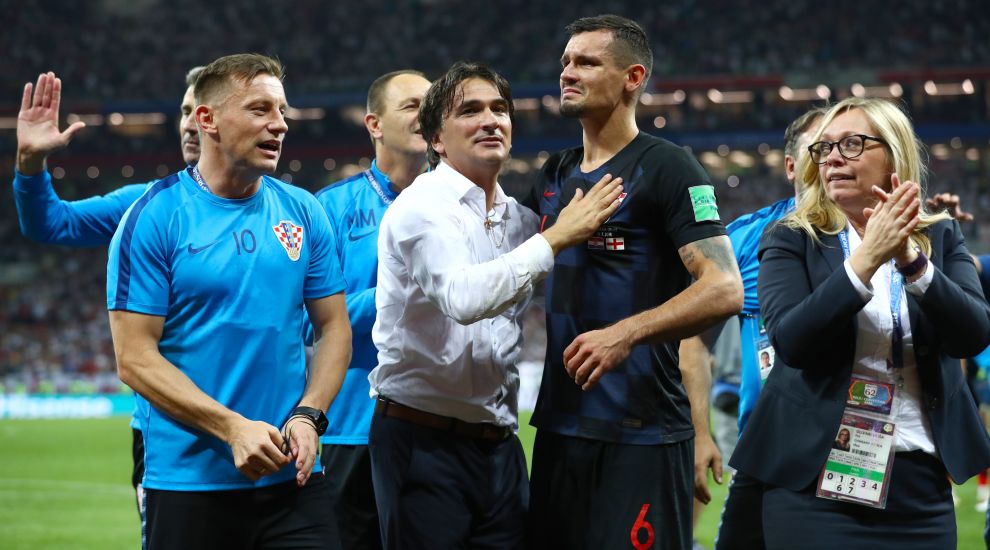 The Liverpool defender helped his nation to a 2-1 semi-final victory over England in Moscow.

Dejan Lovren demanded respect – for himself and for Croatia – after outlasting England to win a place in the World Cup final.

The Liverpool defender helped his nation to a 2-1 victory over the Three Lions in Moscow on Wednesday night, setting up a finale against France.

The 29-year-old was in bullish mood after the match, taking his opportunity to hit back at perceived slights.

“This feels incredible, especially after everything that was said about us before the game. We showed our character, we showed that we deserved to be in the final and people should respect us,” he said.

“Sometimes it is unfair. Before this game they said we are tired but we showed in extra-time we had fresher legs than them. Simple as that. The difference was mental.”

Lovren, who has endured difficult times for club and country in recent years, was happy to claim a personal validation, too.

Less than two months after lining up for Liverpool in the Champions League final, he is now heading for the biggest match in international football.

“In my case, I think people should respect me also,” he said. “If somebody told me that from the beginning of the season that I would be in two of the biggest finals in the world I would have signed straight away.

The roles were reversed this time, with Lovren helping shut down the tournament’s top scorer.

“I really don’t understand these questions, always looking back to where I made some mistakes,” he said.

“There is too much about me but, whatever, this is what gets me more motivated to work harder and prove everyone wrong.”

Lovren was magnanimous about his club captain Jordan Henderson, who was on the losing side despite another fine outing in midfield, and thanked Reds boss Jurgen Klopp for his encouragement.

“He’s proud of me and what I’ve achieved,” he said. “He knows what I went through. He’s a good man. Even in tough times he was always backing me up. I appreciated that.

“I am a little bit disappointed for my team-mate (Henderson) because he also deserved to be in the final. I wish we could both be in the final for that game but there is only one winner.”