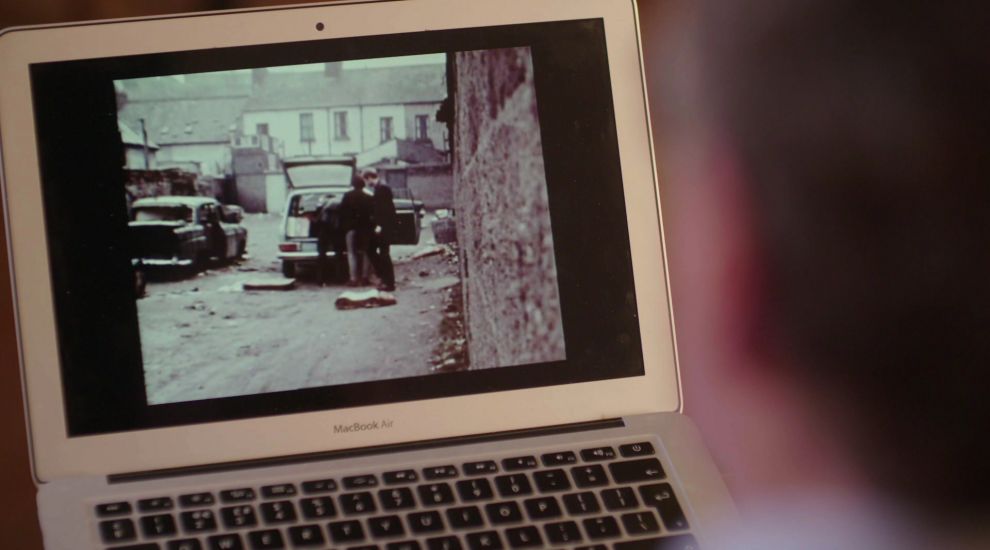 A 1972 film which shows Martin McGuinness sitting in a car that was later used to bomb Londonderry was “banned” from being shown, it has been claimed in a new programme.

The footage, which also reveals the former deputy first minister showing a gun and ammunition to children had been due to be released worldwide.

But instead it had just a small number of showings in the United States, of which one was positively reviewed in the Irish Times at the time by a US correspondent.

The unearthed footage was aired last month in the first programme in a new series, Spotlight On The Troubles: A Secret History by BBC Northern Ireland.

A behind the scenes show about the series, due to be shown next week, reveals more details about the footage which was part of an American documentary called The Secret Army.

It was based on a book by the same name written by US academic John Bowyer Bell.

It included scenes of a weapons class for IRA recruits as well as Mr McGuinness handling weapons and sitting in a car which was later used in bomb attack in Derry.

The registration plate of the car Mr McGuinness is filmed in matches the remains of a car which had been involved in a blast on Shipquay Street.

Reporter Darragh MacIntyre tracked down some of the others behind the film to ask why it appeared to disappear.

He heard claims that Mr Bowyer Bell had been working with the CIA as well as an allegation that the British intelligence agencies had watched the footage in London.

The film’s executive producer Leon Gildin told the programme that a contract had been signed with film distributor Viacom for world wide release.

“I went to a new company that had just been formed by the name of Viacom, and I showed it to them and they loved it and immediately offered me a contract for worldwide rights, they prepared a lovely four page brochure.

“Viacom took it for worldwide rights and never sold a copy, not one copy.

“Viacom told me that that British Commonwealth countries were forbidden to show this film.”

Mr Gildin told the programme that Mr Bowyer Bell told him that the rushes for the film had been sent to London to be developed.

Mr McIntyre said he approached MI5 and MI6 over the claim, but said they would not confirm or deny if they know anything about it.

The behind the scenes programme also shows clips from across the two years that the reporters and production teams worked on the series.

In the behind the scenes programme, she asks Mr Maguire what he would say to the families of the people he killed.

“I don’t think anything would justify what happened,” he responded, adding: “I don’t know to be honest with you” when asked whether it had been worth it.

The final episode of the seven part series will examine how the Troubles ended as well as the secret talks that led to the IRA ceasefire and internal struggles within the republican movement at that time.

It will be shown Tuesday, October 22 at 8.30pm on BBC One Northern Ireland and BBC Four.

Spotlight on the Troubles: Behind The Scenes will be shown on Thursday October 24 on BBC One Northern Ireland at 9pm.