All clear for 14 people in UK tested for coronavirus, but more checks under way 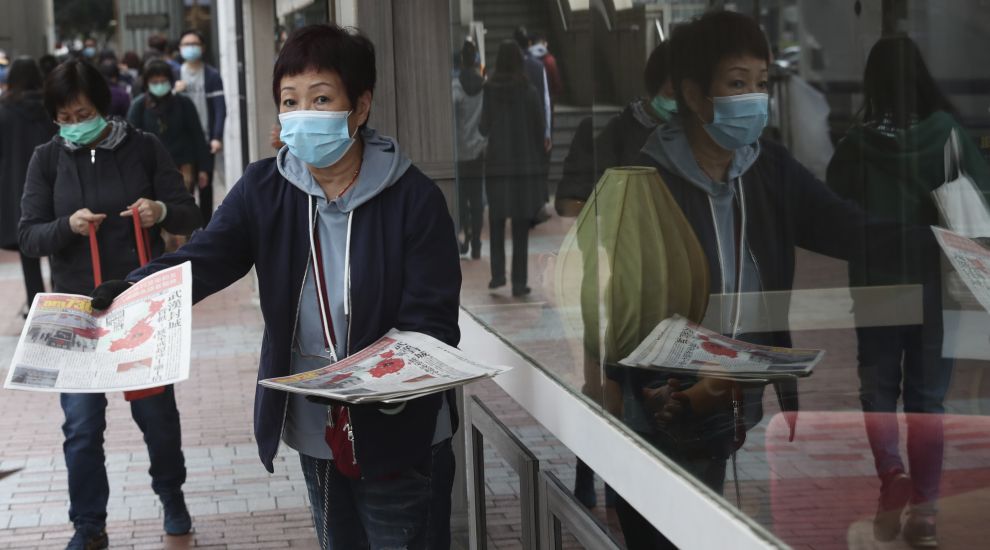 All clear for 14 people in UK tested for coronavirus, but more checks under way

People in the UK face ongoing tests for coronavirus as the Chief Medical Officer for England said there is a “fair chance” Britain will see cases emerge.

Fourteen people were given the all-clear on Thursday but others are undergoing tests formulated by Public Health England (PHE), Professor Chris Whitty said.

It comes as the Department of Health confirmed that officials are trying to trace 2,000 people who have flown to the UK from Wuhan, China in the past few weeks, in order to check on their wellbeing.

Meanwhile the illness has reached Europe for the first time after two cases were confirmed in France on Friday evening.

He said: “I am working closely with the other UK chief medical officers.

“We all agree that the risk to the UK public remains low, but there may well be cases in the UK at some stage.

“We have tried-and-tested measures in place to respond. The UK is well prepared for these types of incidents, with excellent readiness against infectious diseases.

“We have global experts monitoring the situation around the clock and have a strong track record of managing new forms of infectious disease.

“The UK has access to some of the best infectious disease and public health experts in the world.

“A public health hub will be set up in Heathrow from today. This consists of clinicians and other public health officials, in addition to existing port health measures.”

In an interview, Prof Whitty said: “We think there’s a fair chance we may get some cases over time.

“Of course this depends on whether this continues for a long time, or whether this turns out to be something which is brought under control relatively quickly.”

He added: “I think we should definitely see this as a marathon, not a sprint, we need to have our entire response based on that principle.

“What we don’t know is how far it’s going to spread, that really is something we need to plan for all eventualities.”

The public health hub at Heathrow will be staffed by a rotating team of seven clinicians working in shifts to support patients on arrival.

This is in addition to medical staff who are already permanently in place at all UK airports, the Department of Health said.

There are no plans to introduce blanket temperature screening of travellers due to the fact it can take seven to 10 days for symptoms of the virus to appear.

All 14 people tested in the UK are thought to have visited Wuhan – the Chinese city where the outbreak originated.

Four out five patients tested in Scotland were from China, Downing Street said.

One of those cleared of the virus was Michael Hope, 45, who spent two days in quarantine this week after returning to Newcastle from Wuhan.

As he left the Cabinet Office after the Cobra meeting, Mr Hancock said the risk to the UK public “remains low”.

In China, the official death toll has risen to 26, with more than 830 confirmed cases.

The Chinese city of Wuhan is rapidly building a new 1,000-bed hospital to treat victims, while Disneyland Shanghai and parts of the Great Wall of China have been closed to visitors.

Reuters reported that hospitals in Wuhan are struggling to cope due to medical shortages.

Earlier on Friday, Professor Paul Cosford, emeritus medical director at Public Health England (PHE), said it was still “early days” in the course of the virus, but stressed that most of those affected abroad are making a good recovery.

But he added it is “highly likely” that cases would be seen in the UK.

Speaking on the BBC Radio 4 Today programme, he said anyone who has travelled to Wuhan in the last two weeks and returned to the UK, and who has symptoms, must get in touch with the NHS.

Symptoms of coronavirus include fever, sneezing, coughing and shortness of breath.

Professor Cosford said: “We will not be surprised if people return from China to the UK with the infection, the important thing is that if you are one of those people and you develop symptoms you get in touch quickly.

“We are testing anybody who meets the criteria. The numbers aren’t the important thing, the important thing is that anybody who has been to Wuhan in the last 14 days and has symptoms, respiratory symptoms that could represent this virus … that we ask them to phone NHS 111 and then we can arrange any appropriate testing.”

Asked if face masks could provide protection, he said PHE was not advising people to use face masks at the moment, but is monitoring developments carefully.

PHE guidance to GPs says anyone with suspected coronavirus should be placed in a room away from other patients and staff with the door closed.

They should not be allowed to use communal toilet facilities or be physically examined, it adds.

A letter from Prof Whitty to clinical staff said anyone who is confirmed as having the virus will be transferred to an Airborne High Consequence Infectious Disease centre (HCID).

There are four interim Airborne HCID centres in England – two in London, one in Liverpool and one in Newcastle.

On Thursday, the World Health Organisation (WHO) said it was “too early” to declare an international public health emergency over the outbreak “given its restrictive and binary nature”.

Speaking at a press conference, Dr Tedros Adhanom Ghebreyesus, director-general of the WHO, said: “Make no mistake, this is though an emergency in China.

“But it has not yet become a global health emergency.

“It may yet become one.”

Other cases have been reported in countries including Japan, South Korea, Singapore, Thailand, the US and Vietnam.