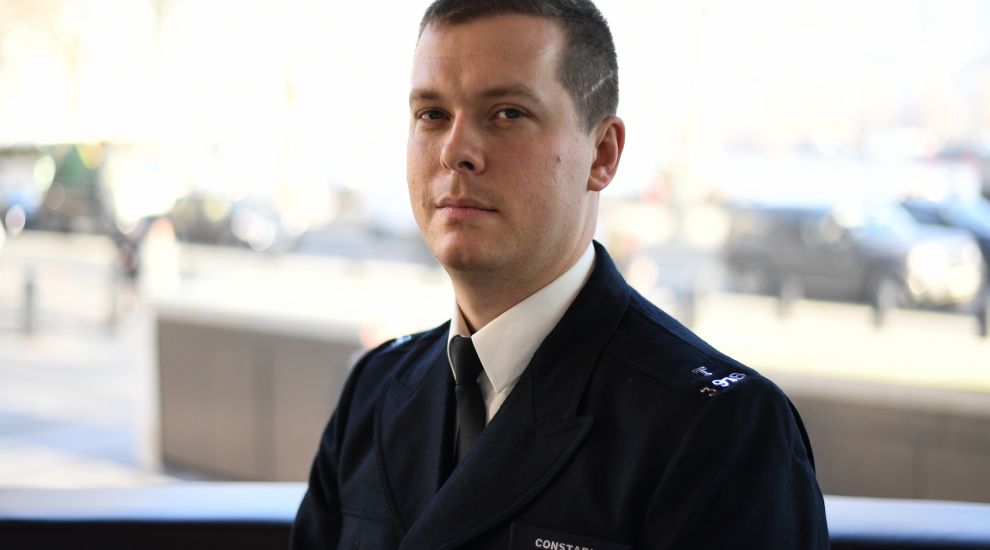 A handyman has been jailed for 16 years for the “brutal and shocking” machete attack on an officer dubbed Britain’s hardest police officer.

“Arrogant” Muhammad Rodwan, who had previous convictions for two machete attacks and rape, hacked at Pc Stuart Outten’s head in a “rage” with a freshly-sharpened 2ft-long blade after his van was stopped for having no insurance in Leyton, east London, last August.

Bleeding heavily from six deep gashes to the head and one to the arm, Pc Outten managed to Taser Rodwan twice and brought him to the ground just as he launched himself at the officer with machete raised to strike again.

The 29-year-old Metropolitan police officer then called to a passer-by to pass his radio so he could call for an ambulance, the Old Bailey heard.

Jurors, who were not told of Rodwan’s previous convictions, deliberated for seven hours to find him guilty of wounding with intent, but not guilty of the more serious charge of attempted murder.

Rodwan, 56, was also cleared of having an offensive weapon, having argued he used the machete in his gardening work and acted in self-defence.

Mrs Justice Carr found Rodwan to be a dangerous offender as she jailed him for 16 years, with a further three years on extended licence.

She said: “This was a brutal and shocking attack with a machete on a police officer carrying out his duties during what should have been a routine stop of a van to investigate whether you were properly insured.

“I’m sure the violence started with you when Pc Outten blocked your attempt to close your door.

“I reject the unattractive submission that he was using excessive force in circumstances when you had assaulted him and forcibly resisted arrest.”

She said Rodwan deliberately picked up the machete “in a rage” when all he had to do was to stop resisting arrest.

Pc Outten showed “considerable presence of mind and fortitude” in Tasering his attacker, despite his injuries, she said.

The judge told Rodwan: “I detect not a shred of remorse or insight on your part, but rather belligerent arrogance, typified by your comment when charged that your life was worth more than that of Pc Outten.”

Following the verdicts on Thursday, Pc Outten said: “On that night I was just doing my job, doing what I’m trained to do, but more importantly making sure I didn’t die, because that was a distinct possibility had the attack carried on.

“Once he’s started hitting me in the head with the machete, then I realised it was escalating very quickly and I was having to now fight for my life.

“I recall specifically as I was falling to the floor, having fired the first shot and aiming for the second (thinking) that if this doesn’t work, this might be it”.

The officer, who was off work for five months as a result of the attack, said he felt “no hatred” for Rodwan, saying: “He did what he did, he’s now paying the price for it.

“I don’t feel the attack was personal. He was attacking an officer in uniform and I responded as such.”

“Luckily I have the size and build that I can take a couple of machete blows to the head – apparently – and I can act afterwards.”