Astronomers find strongest evidence yet of a hidden black hole 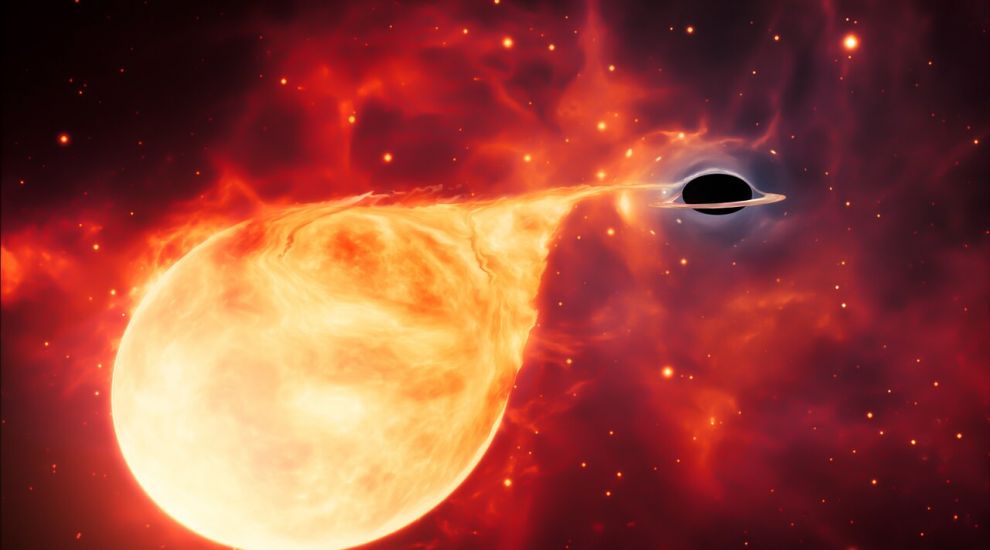 Astronomers find strongest evidence yet of a hidden black hole

Astronomers say they have found the strongest evidence yet of an elusive type of black hole in space.

These mid-sized objects, known as intermediate-mass black holes, are harder to find but new data from the Hubble Space Telescope suggests there is one tucked away inside a dense star cluster.

Proof has been long-sought by scientists as the missing link in their understanding of black hole evolution.

They are difficult to uncover because they are smaller and less active than supermassive black holes, as well as having a weaker gravitational pull, meaning they can’t be easily spotted gobbling up other stars.

Astronomers were therefore left to wait for the rare moment one might tear apart a star that came too close.

“Intermediate-mass black holes are very elusive objects, and so it is critical to carefully consider and rule out alternative explanations for each candidate,” said Dacheng Lin, principal investigator of the study, from the University of New Hampshire.

“That is what Hubble has allowed us to do for our candidate.”

This particular medium black hole is more than 50,000 times the mass of our Sun, scientists said in a paper published in Astrophysical Journal Letters.

The team were following up work from Nasa’s Chandra X-ray Observatory and the European Space Agency’s X-ray Multi-Mirror Mission, after they spotted a powerful X-ray flare in 2006.

“This helps us to understand the type of star that was disrupted by the black hole.”

Scientists say that confirming one intermediate-mass black hole paves the way to the possibility of many others lurking undetected in the dark.

“Studying the origin and evolution of the intermediate mass black holes will finally give an answer as to how the supermassive black holes that we find in the centres of massive galaxies came to exist,” Webb added.