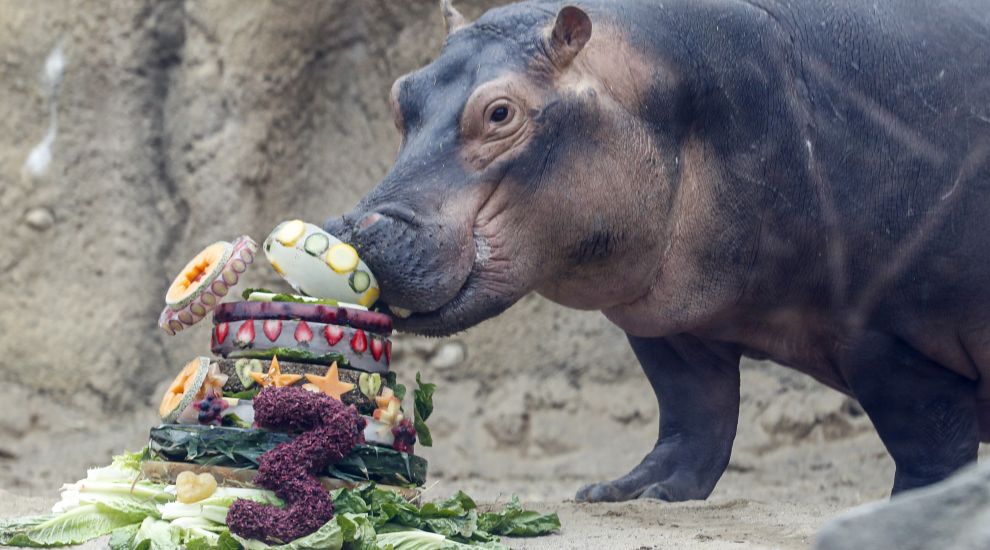 An American zoo is marking the third birthday of a hippo who was born prematurely by raising money for Australian wildlife affected by the recent wildfires.

Instead of sending birthday gifts for Fiona, Cincinnati Zoo in Ohio is asking people to buy T-shirts that will directly benefit the Bushfire Emergency Wildlife Fund.

The T-shirt features a koala and kangaroo giving Fiona a hug and says: Supporting Our Friends Down Under.

All proceeds from sales of the tops will be sent to Zoos Victoria to help them care for suffering animals.

Fiona became a global celebrity after she was born prematurely on January 24 2017, weighing in at just 29lbs (13kg).

“Fiona won the hearts of Cincinnatians when she fought to survive after being born six weeks early and terribly underweight,” Cincinnati Zoo director Thayne Maynard said.

“Three years later, people all over the world are still crazy about this normal, healthy hippo.”

Harry and Meghan bid farewell ahead of Megxit