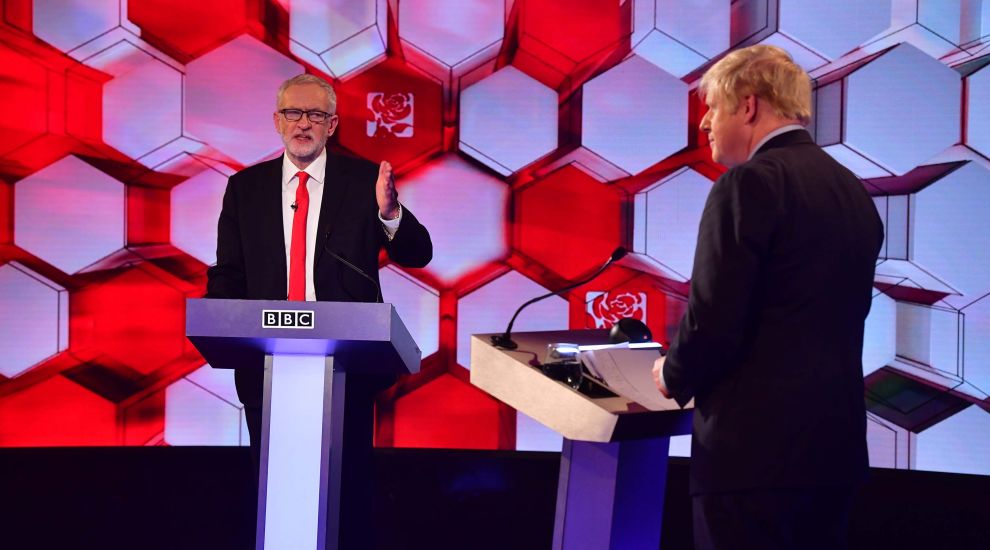 Boris Johnson and Jeremy Corbyn were involved in a series of acrimonious exchanges over racism and anti-Semitism in the final TV debate of the General Election campaign.

With less than a week left to polling day on Thursday, the two men traded accusations of a “failure of leadership” on one of the key issues which has hung over the campaign.

A snap YouGov poll of 1,322 viewers following the debate narrowly gave victory to Mr Johnson by 52% to 48%, although Mr Corbyn was judged the more trustworthy by a margin of 48% to 38%.

Both sides will be relieved that they avoided any major slip-ups in the course of the hour-long confrontation before a live BBC studio audience in Maidstone.

But with the Tories continuing to lead in the polls overall, they are likely to be the happier with the outcome.

The parties return to the campaign trail on Saturday with Labour promising every bus in England will be electric-powered by 2030, reducing emissions by more than 70%.

The Tories are pledging extra cash for grassroots football to bolster the UK and Ireland’s bid for 2030 World Cup, with an an extra £550 million over 10 years for community sports facilities

And the Liberal Democrats are promising to bring in “safe standing” areas at top flight football matches, saying it would offer fans more choice, a better atmosphere, and cheaper tickets.

As in their previous TV confrontation, Friday’s debate involved Mr Johnson and Mr Corbyn clashing over Brexit and the NHS, as well as their response to terrorism following the London Bridge attack.

However the sharpest exchanges were prompted by a question from an audience member about Islamophobia and anti-Semitism.

Mr Johnson said it was “extraordinary” the Chief Rabbi had felt the need to speak out during an election campaign about his fears for his community if Mr Corbyn became prime minister.

The Labour leader insisted there was “no place” in his party for anti-Semitism, adding in an apparent reference to Mr Johnson’s past comments: “I do not ever use racist language in any form to describe anybody in this world or in our society.”

Mr Johnson replied: “Mr Corbyn I am sure is very well-intentioned but in his handling of this particular issue, his unwillingness to take a stand, to stand up for Jewish people in the Labour Party, his unwillingness to protect them, to put an arm round them, is, in my view, a failure of leadership.”

Mr Corbyn retorted: “The failure of leadership is when you use racist remarks to describe people in different countries or in our society. I will never do that.

“I hope the Prime Minister understands the hurt that people feel when they hear remarks and articles that he has written in the past. I hope that he will regret those.”

Mr Corbyn did not specify which comments he was referring to but Mr Johnson has been widely criticised for articles he wrote referring to “piccaninnies” and likening Muslim women in burqas to letterboxes and bank robbers.

The Prime Minister denied a claim by Mr Corbyn that leaked Treasury documents released earlier in the day by Labour showed there would be customs checks and restrictions on trade between Britain and Northern Ireland as a result of his Brexit deal.

“I do find it slightly curious to say the least to be lectured about the union between Great Britain and Northern Ireland by a man who all his political life has campaigned to break up that union and actually supported the IRA for four decades their in their campaign violently to destroy it,” he said.

Mr Corbyn said Mr Johnson should show a “degree of honesty” about the implications of the arrangements he had agreed for Northern Ireland.

He said: “He spoke at the DUP conference and said there would be no restrictions whatsoever. We now know there are restrictions. He could and should have said that at the time.”