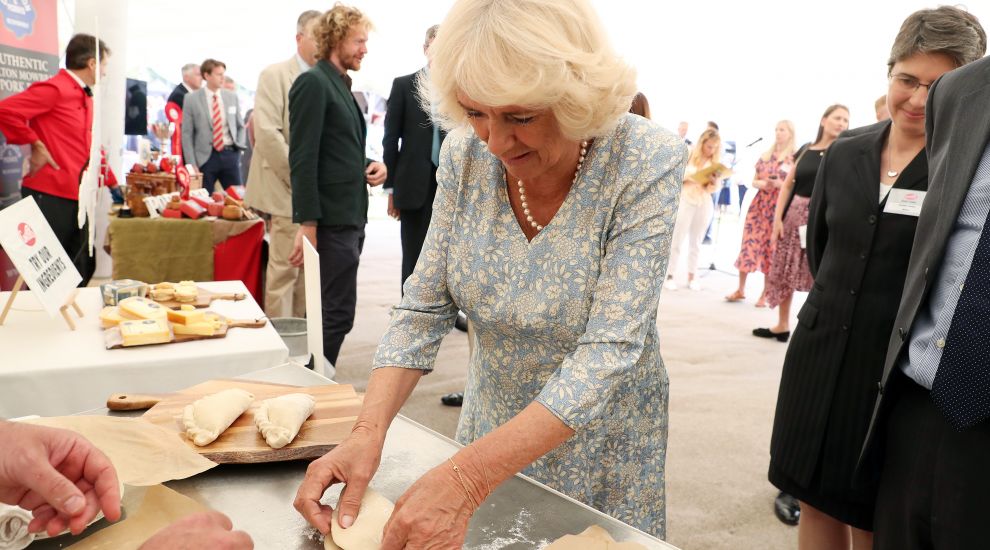 The Duchess of Cornwall won praise from a Michelin star chef for her crimping technique after trying her hand at pasty-making.

Camilla was at Ginsters with the Prince of Wales to celebrate the 50th birthday of the firm, which is based in Callington, Cornwall.

She was shown how to make a traditional Cornish pasty with a filling of skirt beef, potatoes, onions and swede, seasoned with salt and pepper.

As she crimped the pastry, Camilla remarked: “I think this is going to be a wibbly-wobbly pasty.

“With a bit of practice I think I would get the hang of it.”

Staff loudly applauded as she finished her pasty, which had 21 crimps – one short of the number required to be a bona fide Ginsters version.

In 1968, Cornish dairy farmer Geoffrey Ginster began baking his own pasties from an old egg-packing barn in Callington, producing just 24 per day.

The company now bakes an average of three million chilled savoury pastries including pasties, slices and sausage rolls, each week.

Camilla was told that those working on the production line can make up to five pasties per minute, creating 40,000 of the hand-crimped version every week.

It takes three months to fully train each hand-crimper in the art of speedy pasty-making.

The duchess was helped by Toby Hill, development chef at Ginsters and Chris Eden, the only Cornish-born chef to be awarded a Michelin star.

“The crimping is the difficult part – to tuck and roll in a way that the pasty doesn’t get too warm in your hand and to make sure you pinch it at the same time to seal in the ingredients,” Mr Eden, head chef at Driftwood, said.

“It is a real skill that takes a while to get the knack of. It was amazing for her to give it a go.

“It took me ages to learn how to do it properly so for her to do what she did, she did very well.

“It was better than my first go.”

Mr Eden, who was awarded his Michelin star in 2012, said it was a “huge honour” to meet Charles and Camilla.

He has been working with Ginsters for two years and paid tribute to the firm’s “infectious love” for their products.

“She was absolutely adamant that she wasn’t going to leave it until it was finished,” she said.

“Her tenacity was impressive.”

After learning about the steps the firm is taking to improve sustainability, Charles and Camilla met staff and their families.

Charles had a cup of tea with longstanding employees, telling one group: “I expect you’d prefer a stiffer drink.”

“Her Royal Highness was making pasties at the rate of about three-and-a-half a minute,” Sir David joked.

“I think a few were seriously worried about their jobs.”

Charles and Camilla cut a three-tiered birthday cake before leaving the bakery, which uses only British meat and local vegetables where possible.

Their next engagement was in the historic market town of Tavistock.

Both Charles and Camilla tried some red wine, Rondo 2014 from Torview Wines in Devon, while the duchess also tasted some local honey.

They had apple cider from Ventons Devon Cyder as the Stannery Brass Band played, with Camilla being presented with a birthday cake before they departed.

The couple’s annual tour of Devon and Cornwall will continue on Wednesday, which is the duchess’s 72nd birthday.