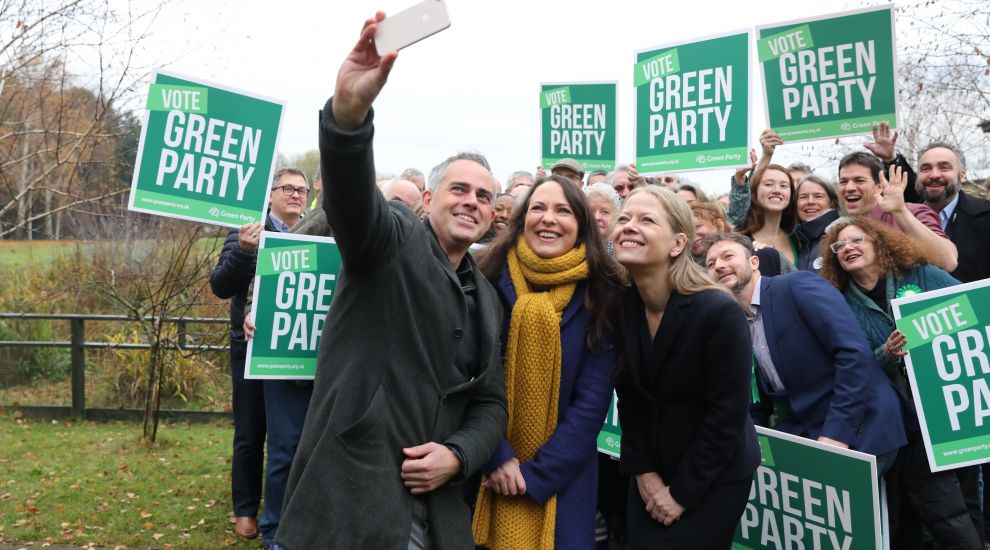 Boris Johnson visited a boxing gym in Manchester as he was due to face Jeremy Corbyn in the first televised debate of the General Election campaign.

Speaking during an election campaign visit to Wythenshawe, the Prime Minister expressed confidence that a re-elected Tory government would negotiate a free trade agreement within 11 months of Britain leaving the EU.

Meanwhile, the Greens launched their party manifesto, including details of a green new deal, and the Lib Dems pledged to tackle staffing shortages in the NHS by retaining free movement of labour and reinstating nursing bursaries.

Here are some of the highlights of Tuesday’s campaign trail:

The Prime Minister and the Labour leader will be looking to land a decisive political blow on their opponent during the hour-long encounter on ITV.

Mr Johnson donned navy blue “Get Brexit Done” gloves as he tried his hand at boxing during a visit to a gym in Manchester. With Labour behind in the polls, Mr Corbyn will hope to catch his opponent on the ropes as both vie for a knockout performance.

– Addressing climate change is central to the Green Party’s manifesto

The party said it will invest around £100 billion a year in tackling climate change, including legislation for a “green new deal” intended to set Britain on track to reduce carbon emissions to net zero by 2030.

Speaking at the official launch of the party’s manifesto, co-leader Jonathan Bartley said: “Hitting snooze for another 15 years simply isn’t an option.”

The Lib Dems pledged to tackle staffing shortages in the NHS by retaining free movement of labour and reinstating nursing bursaries.

The party wants an extra 82 officers tasked with prosecuting crimes such as fox hunting and hare coursing, at a cost of £4.5 million.

Officials said the officers would be drawn from within the party’s existing commitment to boost police numbers, so no new expenditure would be required.

Party leader Arlene Foster claimed Mr Corbyn would be bad for the future of the Union.

Ms Foster predicted that the votes of her party’s MPs could again prove vital in deciding the make-up of the next government.

Jeremy Corbyn began his beauty regime ahead of the ITV debate with Boris Johnson.

Picture of the day

Boris Johnson showed his determination while on the campaign trail at a boxing club.

Video of the day

The Green Party took centre stage on Tuesday as they launched their manifesto while Nigel Farage enjoyed a pint while on the campaign trail.