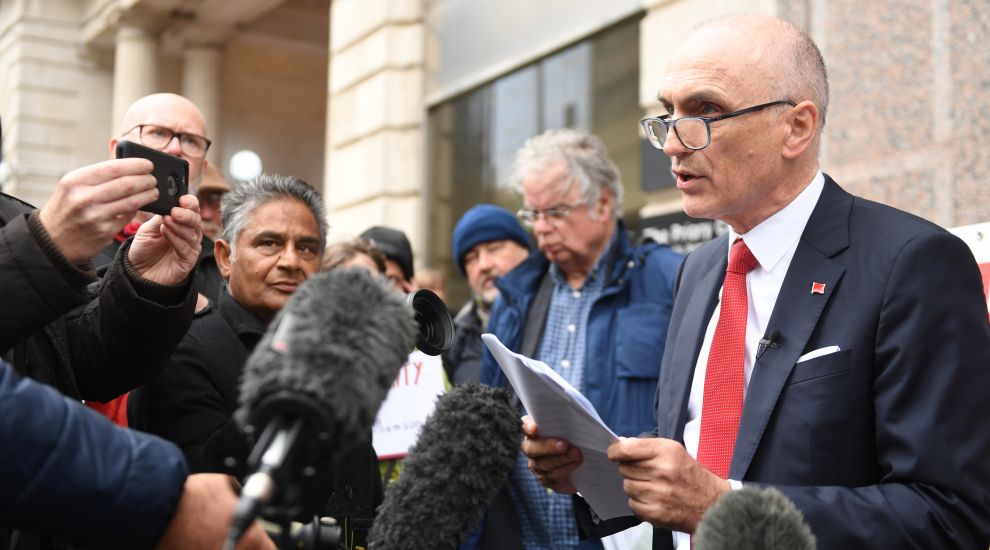 MP Chris Williamson has called on Labour to reinstate him to the party after he lost a High Court bid to be readmitted.

The High Court ruled on Thursday that the party’s decision to reopen a misconduct investigation was unfair, but the Derby North MP remains suspended after the court found that an additional suspension, imposed in September, was lawful.

Mr Williamson was initially suspended in February after he claimed that Labour had been “too apologetic” in response to criticism of its handling of anti-Semitism allegations.

He was readmitted to the party and issued with a formal warning following a hearing of a National Executive Committee (NEC) anti-Semitism panel in June – prompting an outcry from MPs, peers and Jewish groups.

But he was suspended again in July after a second panel reviewed the decision to reinstate him and found it “cannot safely stand”.

Labour then imposed a separate suspension on September 3 over additional allegations, which included that Mr Williamson was “undermining the party’s ability to campaign effectively against anti-Semitism”.

At a High Court hearing later that month, Mr Williamson’s lawyers argued that his treatment had been “manifestly unfair” and asked the court to declare his suspension from the party was void.

Giving judgment on Thursday, Mr Justice Pepperall ruled that “having communicated the panel’s decision as final, the Labour Party acted unfairly in that there was no proper reason for reopening the case against Mr Williamson”.

However, the judge found that there was “nothing in the new allegations, the timing of the letter of 3 September or the decision to suspend that entitles me to take the view upon the papers that the Labour Party is acting either unfairly or other than in good faith”.

Mr Justice Pepperall stated: “While the Labour Party is no longer able lawfully to pursue the original disciplinary case against Mr Williamson, that does not afford him immunity from any subsequent disciplinary action.”

Speaking outside court, Mr Williamson – who raised more than £60,000 to fund his legal challenge – said: “I remain of the view that the party must now lift this unfair re-suspension or new suspension and reinstate me to this party that I have served loyally for nearly 44 years.

“My call to all Labour Party members now is to unite behind Jeremy Corbyn, instead of trying to undermine him… to undermine a socialist project which is overwhelmingly supported by the vast majority of the British public.”

Rejecting any suggestion that he is an anti-Semite, Mr Williamson said: “Of course I’m not. I’ve spent my life fighting racism. Right from being a young man, when I was working on the building sites in Derby, when racism in the 1970s was very prevalent.”

He added: “My record of fighting racism in all its forms stands any examination. It’s an absolute calumny and a disgrace that anybody should accuse me of anti-Semitism.”

In a statement issued by his lawyers, Mr Williamson criticised the “inherent unfairness and arbitrariness built into the Labour Party’s disciplinary procedures”, which he said needed a “total overhaul” in an earlier tweet.

Mr Justice Pepperall stated in his ruling: “The NEC needs to revise its procedures in order to ensure that (disputes) panel decisions are not presented as final and that they are subsequently considered by the organisation committee for approval before being either approved or rejected.”

The judge also found that it was not “difficult to infer that the true reason for the decision in this case was that members were influenced by the ferocity of the outcry following the June decision”, adding that the NEC should “not be influenced by how its decisions are seen by others”.

A Labour Party spokeswoman said: “The court has upheld Chris Williamson’s suspension from the party and has said his disciplinary case must run its course.”