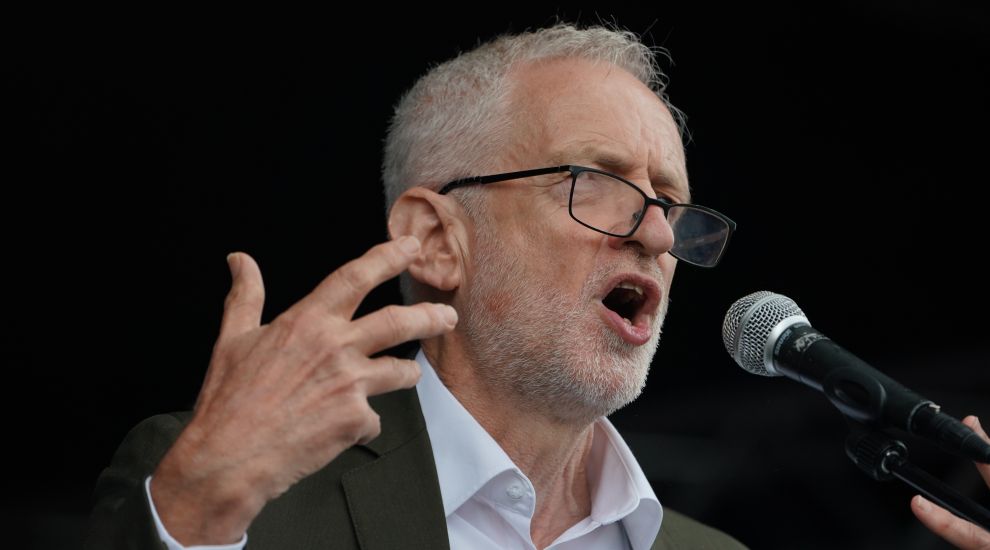 Jeremy Corbyn has criticised the Tory leadership candidates for failing to label Donald Trump’s attacks as racist after the US President told four congresswomen of colour to “go back” to where they came from.

Mr Trump continued his belligerent remarks against the four Democratic politicians, ordering them to get out of the US “right now”.

The doubling down came after he told them to return to the “broken and crime infested places from which they came”. All but one of the women were born in the US.

Boris Johnson and Jeremy Hunt joined Theresa May in criticising the president’s words as “completely unacceptable”, but refused to call them out as racist as they have been widely denounced.

They did, however, suggest the Labour leader may be anti-Semitic over his handling of the crisis within his party.

On Tuesday, Mr Corbyn tweeted: “Telling four Congresswomen of colour to ‘go back’ is racist. But the Tory leadership candidates can’t bring themselves to say so.

“We should stand up to Donald Trump, not pander to him for a sweetheart trade deal which would put our NHS at risk.”

Mr Johnson, a former foreign secretary, refused to say Mr Trump’s tirades were racist when pressed twice on the issue.

Mr Hunt said the words were “totally offensive” but said that as the current Foreign Secretary it would not be helpful to label the president’s remarks as racist.

However the pair, when questioned at a head-to-head debate on Monday, did suggest Mr Corbyn may harbour anti-Semitic views in the wake of a damning report by the BBC’s Panorama on Labour’s handling of the issue.

The women struck back at the president on Monday for his “xenophobic bigoted remarks” and renewed calls for his impeachment.

“It doesn’t concern me because many people agree with me,” he said at the White House on Monday.

The UK leaders’ words against the president came at a time of heightened transatlantic tensions and while a post-Brexit trade deal is being eyed up.

A storm was created by the leak of diplomatic messages from Britain’s ambassador in Washington, Sir Kim Darroch.

He was forced to resign after Mr Trump attacked the ambassador’s descriptions of the current White House as “inept” and “dysfunctional”.

The Board of Deputies of British Jews added to the list of Mr Trump’s critics on Tuesday.

“Whatever one’s political disagreements, telling people to ‘go back home to where they came from’ can never be the right response.”