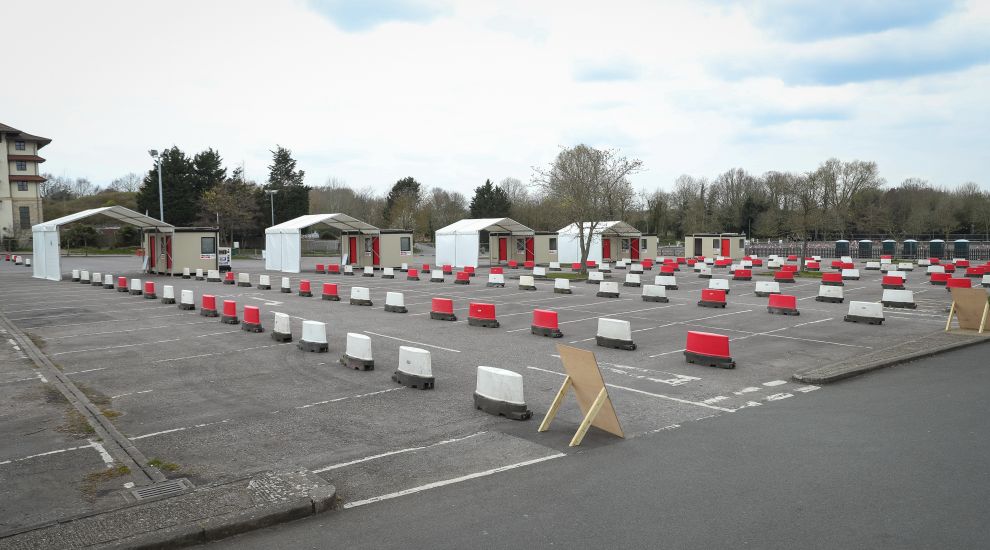 The Government is coming under increasing pressure over Covid-19 testing as the UK experienced its biggest day-on-day rise in deaths so far.

Some 2,352 patients had died in hospital after testing positive for the virus as of 5pm on Tuesday, the Department of Health said, up by 563 from 1,789 the day before.

It comes as Downing Street said more than 2,000 NHS staff have been tested for coronavirus as the Government faces intense scrutiny over its policy on testing.

Around 8,000 test per days are currently being carried out across the UK even though ministers previously claimed a target of 10,000 tests per day had been hit.

At present, the focus is on testing patients in hospital to see if they have coronavirus, with NHS trusts told earlier in the week they should use up to 15% of any spare testing capacity for NHS staff.

Health Secretary Matt Hancock has now scrapped that cap, telling NHS hospital labs to use all spare capacity to test their frontline workers.

It comes as Defence Secretary Ben Wallace becomes the fourth Cabinet minister to have self-isolated due to Covid-19.

The Government has blamed a global lack of reagents needed to carry out tests, though the chemical industry in the UK suggested there were no shortages.

On Wednesday, the Prime Minister’s official spokesman told a Westminster briefing more than 2,000 NHS staff had now been tested, adding: “We’re very clear that we want more testing to be carried out, and that we are working with NHS England, Public Health England and others to ensure that happens.”

NHS staff have expressed frustration that they are being forced to self-isolate just as they are most needed, because tests are not available to show whether they are clear of the disease.

Labour’s shadow health secretary Jonathan Ashworth also called for an explanation on why the UK’s Covid-19 testing is lagging behind other countries.

Speaking to the PA news agency, he said: “Germany are testing half a million people a week, yet we still haven’t hit the 10,000 a day the Prime Minister promised.

“NHS staff are rightly asking if we’ve left it too late to buy the kits and chemicals we need, or whether our lab capacity is too overstretched after years of tight budgets.”

However, some scientists have said ramping up testing in the UK will be difficult.

Stephen Baker, professor of molecular microbiology at the University of Cambridge, said: “There are multiple issues with setting up new diagnostic testing capacity outside of regular diagnostic laboratories.

“This is not an overnight solution.  Research laboratories have different approaches, equipment and staff.”

He said multiple steps were required to ensure tests are done properly and results are correctly validated, adding : “There is nothing more dangerous at the moment than reporting incorrect negative or positive results to staff or patients.”

Chris Hopson, the chief executive of NHS Providers, which represents NHS trusts, said maximum testing capacity in the UK was currently “very constrained” at around 13,000 tests per day.

He said on Twitter that if existing NHS pathology labs “had unlimited swabs and reagent, there would be enough test machine capacity to process around 100,000 tests a day”.

He said a small sample of tests from NHS staff over the weekend showed only 15% were positive for coronavirus, and 85% could go back to work.

But he added: “Before getting carried away, remember testing capacity is still v constrained (currently 13k/day) and there are 1.2 million NHS staff. So no immediate prospect of mass staff testing.”

He told the BBC he knows of one NHS trust that can only test three staff members a day due to a lack of swabs.

He denied the Government and PHE would only agree to centralised testing after claims from scientists and universities that their offers of help have been rejected.

He said the Government was willing to “work with any provider” who had the “right infrastructure and skills” and urged them to get in touch.

The minister also said he expects there to be 25,000 tests per day by the “middle of April”.

The promise of 25,000 tests per day by mid-April is in stark contrast to comments made by NHS medical director Professor Stephen Powis last Wednesday when he said there would be “hundreds of thousands of tests” per day within the next few weeks.

PHE has also come under fire over wider testing of members of the public with Covid-19.

It has said repeatedly that most adults in good health who develop symptoms will fully recover and do not need to be tested.

However, many scientists disagree and say it is only through widespread testing that the UK will be able to track the virus and emerge from lockdown.

The row over testing comes as 13-year-old Ismail Mohamed Abdulwahab became the youngest victim of Covid-19 in England.

NHs Digital also said more than 1.7 million NHS assessments in just 15 days have concluded that people may have had Covid-19 or are currently suffering, based on their symptoms.

In the US, Donald Trump said the UK’s early approach to tackling the coronavirus outbreak would have been “very catastrophic”.

He suggested Boris Johnson had looked to “ride out” the virus in an approach that would have caused “a lot of death”.