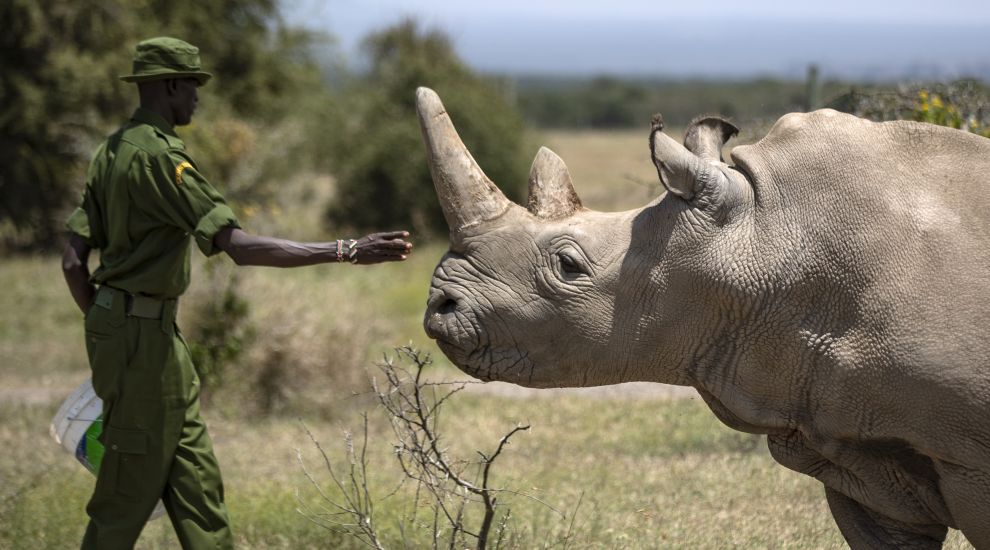 Wildlife experts and veterinarians say there is hope to prevent the extinction of the northern white rhino because they successfully extracted eggs from the last two remaining females of the species.

The eggs will be used to reproduce the species through a surrogate.

The groundbreaking procedure was carried out on Thursday in Kenya on the northern white rhinos known as Najin and Fatu who cannot carry a pregnancy.

The joint effort by the Leibniz Institute for Zoo and Wildlife Research, Avantea, Dvur Kralove Zoo, Ol Pejeta Conservancy and the Kenya Wildlife Service saw a team of vets successfully harvest a total of 10 eggs from the rhinos.