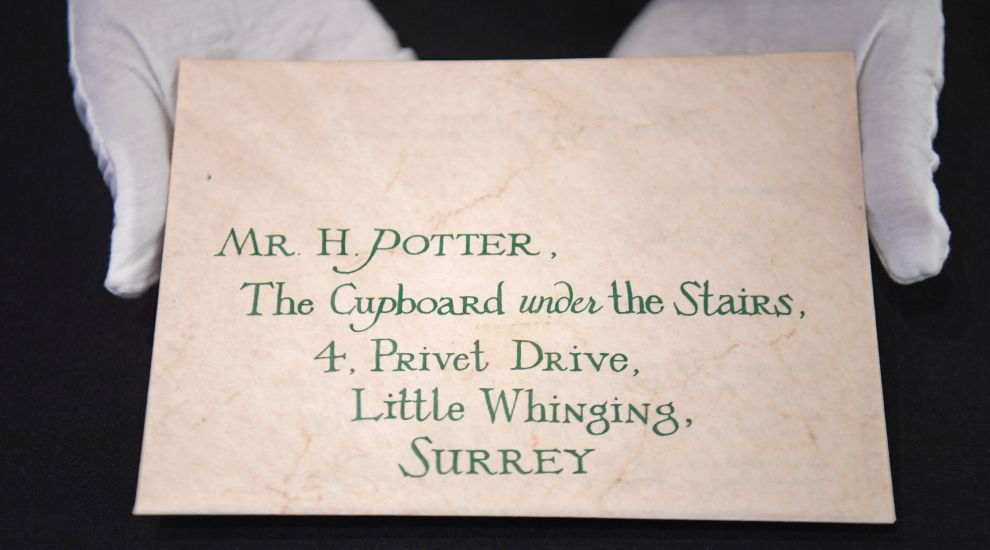 Aspiring witches and wizards no longer have to wait for their ticket to Hogwarts to be delivered by owl as one of Harry Potter’s acceptance letters goes under the hammer.

The original prop from Harry Potter And The Philosopher’s Stone is among 250 rare lots from Hollywood history to be displayed at the Prop Store auction preview, which opened to the public on Wednesday.

Some 900 items will be available for film fanatics to buy over two days on September 30 and October 1 at the annual live auction of memorabilia.

The envelope, delivered to the Dursley household by owl post in a famous scene from the fantasy-adventure film, has an estimated sale price of between £4,000 and £6,000.

It remains sealed by a red Hogwarts crest stamp and contains the original letter within in “excellent condition”,  according to Prop Store.

Fans of the wizarding world will also be able to get their hands on Ron Weasley’s Howler Letter from the franchise’s second movie, estimated between £3,000 and £5,000.

Held at London’s BFI Imax and presented by Odeon, rare lots on offer at the live-streamed auction are anticipated to fetch more than £6 million.

A screen-matched Stormtrooper helmet from 1977 film Star Wars: A New Hope is one of the most sought-after items on display, with an estimated sale price of between £120,000 and £180,000.

Billed as suitable for a “variety of budgets”, one of the least expensive lots on offer is a Willy Wonka Golden Ticket Announcement Poster from 2005 film Charlie And The Chocolate Factory, estimated at £300.

Last year’s auction saw Harrison Ford’s signature fedora from Indiana Jones And The Raiders Of The Lost Ark sell for £393,600.

Bids can be placed online from anywhere in the world, over the phone or in person.