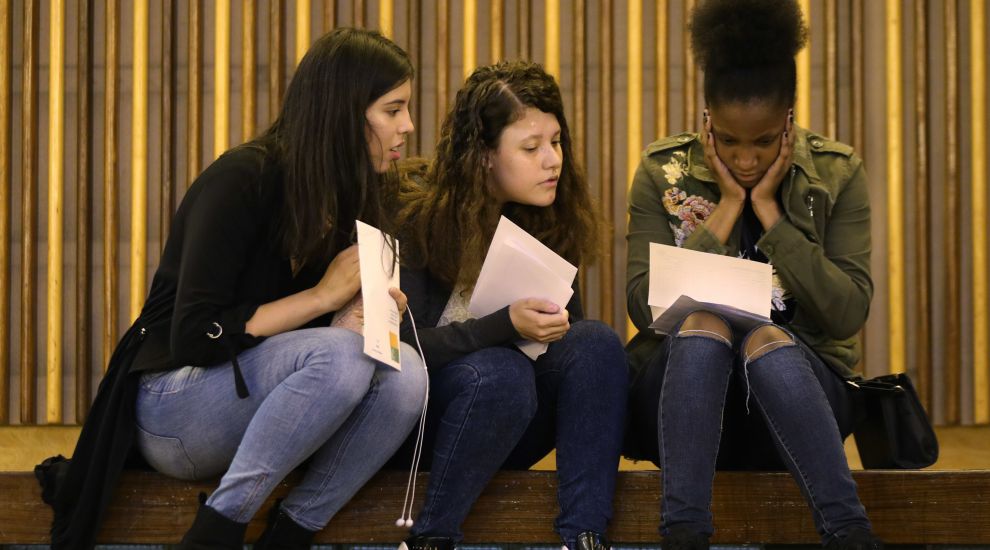 Around one in five GCSE entries are expected to score one of the three top grades this year, but just a tiny fraction of teenagers is likely to walk away with a clean sweep of 9s.

Hundreds of thousands of youngsters are receiving their results after sitting the Government’s tough new GCSE courses following the biggest shake-up of the exams for a generation.

Last year, one in five UK entries (20.5%) picked up at least a 7 or an A grade, roughly in line with previous years, and is likely that a similar proportion of entries will achieve this level this summer.

Around two thirds (66.9%) of UK entries were awarded at least grade 4, or C, last summer, according to data published by the Joint Council for Qualifications.

This is just a tiny fraction (0.1%) of the more than half a million teenagers in England who take GCSEs.

Philip Nye, researcher at Education Datalab said the numbers getting straight grade 9s “might go up a little bit because there are more subjects in the 9-1 system, but it is very difficult to say what will happen.”

Under England’s exams overhaul, GCSEs have been toughened up, with less coursework, and exams at the end of the two-year courses, rather than throughout.

Traditional A*-G grades have been scrapped and replaced with a 9-1 system, with 9 the highest result.

Most students receiving GCSE results this summer will get numerical grades for all their subjects as almost all courses have now moved over to the new system.

A total of 25 subjects will be awarded new grades for the first time this year.

GCSE courses are also taken by students in Wales and Northern Ireland where there have been separate exam reforms.

Mr Williamson said: “Today is a proud day for students, teachers and parents up and down the country, and I wish them all the very best for their results.

“It should also be an exciting day. It’s a day that marks the culmination of years of hard work and opens doors that can create life-changing opportunities.”

Ahead of results day, school leaders raised concerns that the new GCSE courses are “demoralising” for lower-achieving students, headteachers have warned.

A poll by the Association of School and College Leaders (ASCL) of 554 members in England found that eight in 10 believe the reformed courses are having a detrimental effect on struggling students.

Geoff Barton, ASCL general secretary, said: “The findings of this survey reflect widespread concern that reformed GCSEs have sacrificed the interests of the most vulnerable students for the supposed benefits of raising the bar for the most able students.”

A Department for Education spokeswoman said: “Exams are an essential part of ensuring that young people have acquired the knowledge and skills they need, but should never be at the expense of a young person’s wellbeing.”