Invest in infrastructure before a bridge to Scotland – Steve Aiken 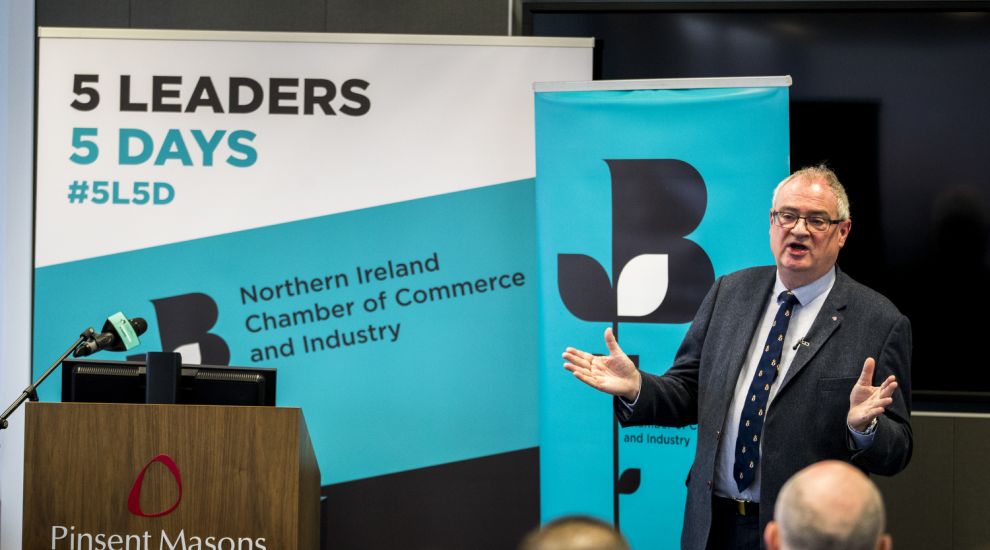 Invest in infrastructure before a bridge to Scotland – Steve Aiken

The leader of the Ulster Unionist Party has called for significant investment in existing infrastructure before a “fantasy” bridge to Scotland.

Steve Aiken said a long term investment plan is needed to upgrade the energy grid, waste water systems and public transport during an address to business leaders in Belfast.

He emphasised that he believes Northern Ireland is a great place to live, but said it could become one of the most dynamic parts of the UK and Europe.

“All the difficult decisions that were needed to be made about health and education, and particularly about the economy and infrastructure, haven’t been made.

“And if we look at what’s happening particularly over RHI (Renewable Heat Incentive) and other scandals which are out there, and the failure to do proper governance, we are in a situation now where the health service is collapsing … I am actually asking our Secretary of State and the Prime Minister to institute direct rule now for our health service.”

Mr Aiken also expressed concern over infrastructure and said a long term investment strategy is needed before what he termed the “fantasy bridge to Scotland” project.

A cross-channel bridge has been championed by the Democratic Unionist Party and also Prime Minister Boris Johnson.

“Our grid system is collapsing, we need to reinvest in the grid, we need to look significantly at how we look at the renewable fixed market for energy, we need to actually have an energy strategy that works,” Mr Aiken said.

“We have got some political parties here who want to do feasibility studies on building a fantasy bridge to Scotland which is going to cost the best part of £30 billion or putting in a high voltage DC cable all the way to Iceland, conveniently missing Scotland in the middle.

“These are fantasy projects. The billions that could be invested in that, if we had even half of that in a long term investment fund to Northern Ireland to spend the money on what we need – an updated road infrastructure, a new energy grid system, to make sure we sort out issues with water, especially waste water.

Mr Aiken also repeated his wish that Mr Johnson is not returned as Prime Minister, adding he does not want to see Labour leader Jeremy Corbyn leading the UK, either.

Earlier this week he criticised Mr Johnson as placing the union in peril, saying his Brexit plan threatens to make Northern Ireland “a place apart” due to the proposed regulatory border.

“Both (Mr Johnson and Mr Corbyn) of them are a disaster – I’m hoping for a hung parliament where Ulster Unionists on the benches can make a significant difference,” he said.

“We are in a situation where remaining is better than Boris Johnson’s (Brexit) deal.”

The Ulster Unionist leader is the fourth of the five main political parties in Northern Ireland to address General Election hustings organised by the Chamber of Commerce and Industry.

The latest in the 5 Leaders 5 Days series was hosted by Pinsent Masons in Belfast.