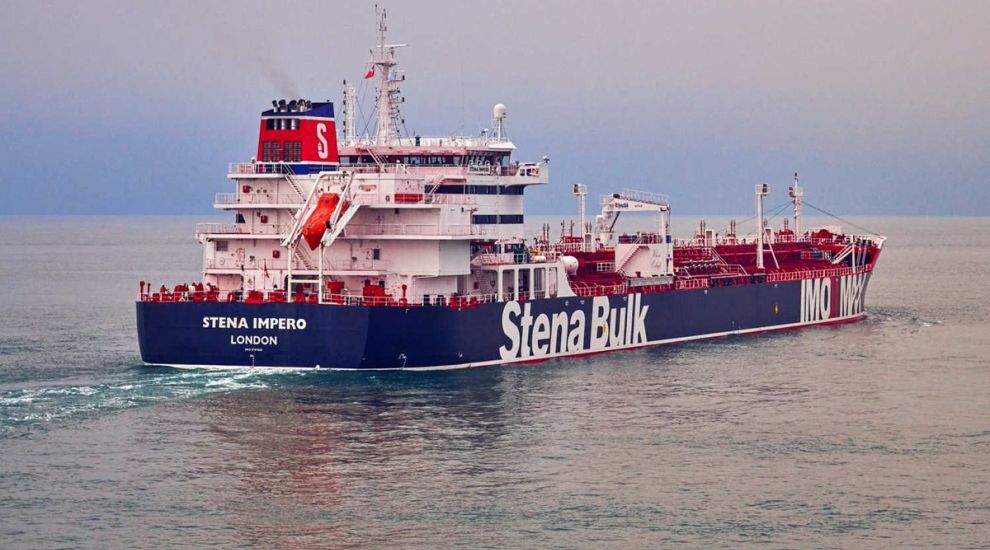 The Government is “urgently” investigating reports a British oil tanker has been seized by Iranian authorities in the Persian Gulf.

The Stena Impero, which is registered in the UK, was seized by the Iranian Revolutionary Guard in the Strait of Hormuz for “violating international maritime rules”, according to the semi-official Fars news agency.

According to the Marine Traffic website, the 183m long ship, left the United Arab Emirates on Friday and was bound for the port of Al Jubail in Saudi Arabia.

A meeting of the Government’s emergency committee, Cobra, at officials level is under way, PA understands.

US President Donald Trump said America would be “working with the UK” and referenced reports that a second oil tanker may be involved.

The Liberia-flagged Mesdar, which is owned and operated by Glasgow-based firm Norbulk, appeared to veer off course towards the Iranian coast, according to its path on the Marine Traffic website.

He told reporters: “We will talk to the UK and we have no written agreement but we have an agreement. They’ve been a very great ally of ours.

A statement from Stena Bulk, which owns the tanker, said ship manager Northern Marine Management had lost contact with the crew of 23 after “unidentified small crafts and a helicopter” approached the vessel at around 4pm on Friday.

The company said the tanker was in international waters at the time but now appeared to be heading north towards Iran.

Stena Bulk said: “There are 23 seafarers aboard.  There have been no reported injuries and their safety is of primary concern to both owners and managers.

“The priority of both vessel owner Stena Bulk and ship manager Northern Marine Management is the safety and welfare of the crew.

“We are in close contact with UK government authorities.”

A spokeswoman from the UK’s Ministry of Defence said: “We are urgently seeking further information and assessing the situation following reports of an incident in the Gulf.”

The Stena Impero incident follows on from recent heightened tensions in the Gulf involving Iran, the US and UK.

Last week, the Royal Navy warship frigate HMS Montrose drove off three Iranian vessels which tried to stop the commercial ship British Heritage as it sailed through the Strait of Hormuz.

Fears were raised that the Iranian authorities were trying to seize a UK ship in retaliation for the detention of the Grace 1 tanker.

The Iranian ship was detained off the coast of Gibraltar on July 4 after it was suspected of violating EU sanctions by carrying a cargo of crude oil destined for Syria.

The ship’s captain, chief officer and two second officers were arrested and bailed and an investigation is ongoing.

Iran’s supreme leader Ayatollah Ali Khamenei called the tanker’s seizure an act of “piracy” on Tuesday and warned the UK to expect a response.

European allies to the US have been urged to take a tougher stance on Iran after US President Donald Trump withdrew from a nuclear deal with Tehran.

On Thursday, Mr Trump said an American warship shot down an Iranian drone in the Strait of Hormuz – something denied by Iranian military officials.

Last month, Mr Trump said he had made a last-minute decision to call off air strikes in retaliation for the shooting down by Iran of an unmanned US drone.