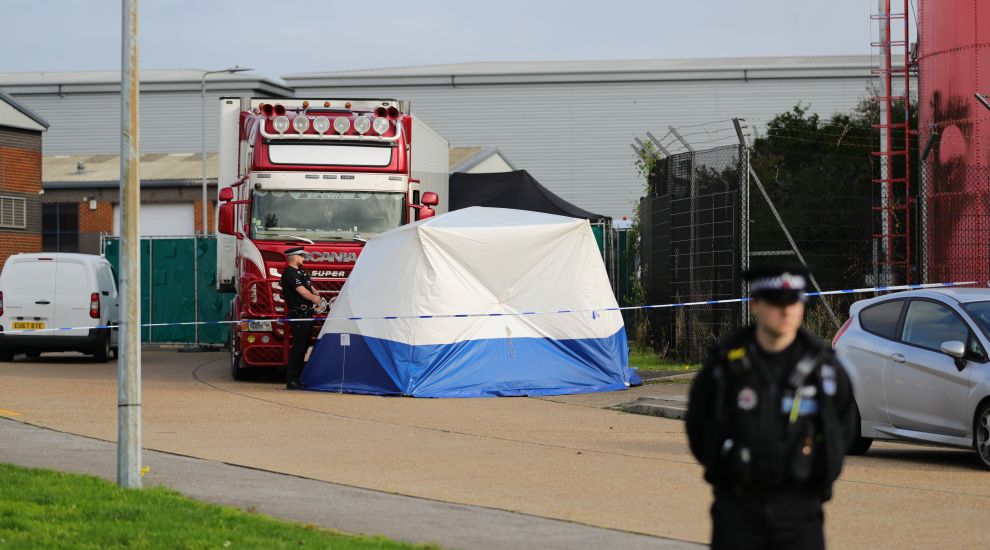 A lorry driver wanted in connection with the discovery of 39 bodies in a refrigerated container in Essex can be extradited from Ireland, a judge has ruled.

Eamonn Harrison, from Mayobridge in Newry, Co Down, Northern Ireland, appeared at the High Court in Dublin on Friday in relation to a European Arrest Warrant seeking his extradition to the UK.

The 23-year-old is wanted for his alleged role in transporting the trailer in which the bodies of eight women and 31 men, all Vietnamese nationals, were found on an industrial park in Grays, Essex, in the early hours of October 23.

The court previously heard that Harrison is accused of 41 offences – 39 counts of manslaughter, which carries a maximum sentence of life imprisonment, one human trafficking offence, and one count of assisting unlawful immigration.

He is alleged to have driven the container to the port of Zeebrugge in Belgium, and later signed the shipping notice for it.

Mr Justice Donald Binchy said on Friday that, after hearing very comprehensive arguments from both sides, he had decided to approve Harrison’s extradition.

He said there is nothing in law to preclude the surrender of Mr Harrison.

Justice Binchy told the court he has not published his judgment in full and will not make it available until Monday next week.

He added that it would not be helpful for him to try to summarise his decision to the court.

Defence counsel Tony McGillicuddy said he will read the judgment next week and decide whether to appeal.

The judge said he considered making the order today, however he deferred his decision to allow defence time to consider an appeal.

The judgment runs to some 50 pages long and the judge said he wanted to give the defence team time to consider it.

“It would not be fair to put such pressure if the respondent chooses to appeal,” he added.

Mr McGillicuddy said that was a “better position to adopt” adding that he has a number of other concerns to consider including Brexit.

Harrison was remanded into custody and will appear in Dublin’s High Court on Tuesday, February 4.