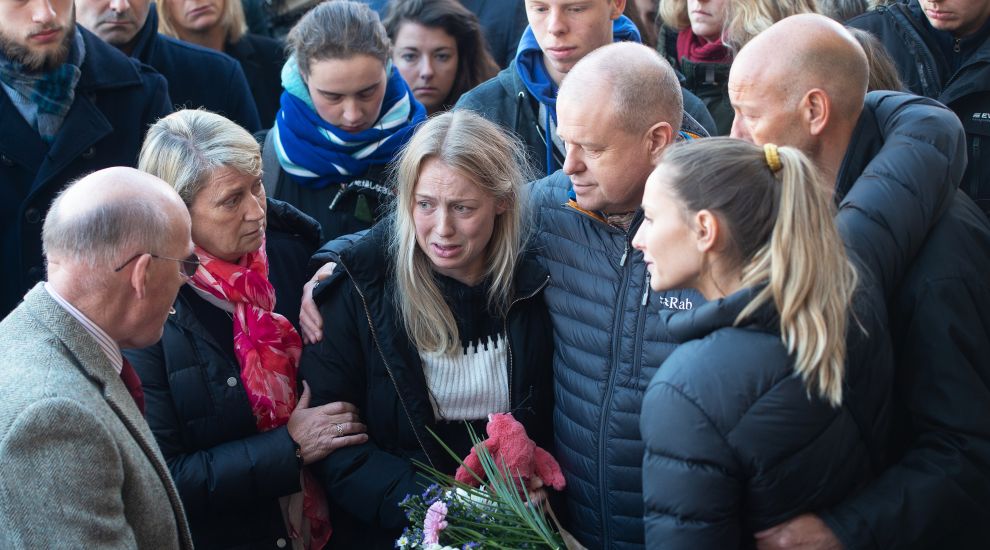 The girlfriend of London Bridge terror attack victim Jack Merritt has described him as a “phenomenal” man and promised: “Together, we will make a difference.”

Leanne O’Brien posted the message on Facebook after Mr Merritt’s father David attacked politicians for using his son’s death “to perpetuate an agenda of hate”.

She wrote of her boyfriend: “My love, you are phenomenal and have opened so many doors for those that society turned their backs on.”

Cambridge University graduates Mr Merritt, 25, and Saskia Jones, 23, were both stabbed to death by 28-year-old convicted terrorist Usman Khan during a prisoner rehabilitation event they were supporting at London’s Fishmonger’s Hall.

On Monday, the family of Mr Merritt gathered to pay tribute to him and Miss Jones at a service in Cambridge on Monday, in which Ms O’Brien was seen breaking down in tears.

Later, David Merritt wrote in the Guardian that his son would be “livid” if he could comment on his death.

“He would be seething at his death, and his life, being used to perpetuate an agenda of hate that he gave his everything fighting against,” he said.

“We should never forget that. What Jack would want from this is for all of us to walk through the door he has booted down, in his black Doc Martens.”

It came after Prime Minister Boris Johnson sought to blame Labour for the early release of the convicted terrorist as the political row over the knife attack intensified.

The Prime Minister said Usman Khan, who was freed halfway through a 16-year jail sentence, was on the streets because of laws introduced by a “leftie government”.

And in an interview with The Sun on Tuesday Mr Johnson accused Mr Corbyn of backing terror groups and Russia over Britain’s allies in Nato.

He said: “Of course we want to reform and rehabilitate criminal offenders where that’s possible, but I think in this case and in the level of very serious dangerous criminal offenders, it’s clear some of those we will struggle to be sure that we can reform, that they will rehabilitate, and we’re absolutely clear that we will not allow the release of people onto the streets who present a danger, and that separates us from Jeremy Corbyn, who’s made clear that he would be willing to see those sorts of dangerous offenders released.”

Khan, who was living in Stafford, was given permission to travel into the heart of London by police and the Probation Service.

Armed with two knives and wearing a fake suicide vest, he was tackled by members of the public, including ex-offenders from the conference, before he was shot dead by police.

One of the three people injured in the attack has been allowed to return home while the other two remain in a stable condition in hospital.

Mr Merritt, from Cottenham, Cambridgeshire, was a co-ordinator for Learning Together, a programme associated with Cambridge University’s Institute of Criminology which is aimed at bringing offenders and people in higher education to “study alongside each other”.

Miss Jones, a volunteer on the programme from Stratford-upon-Avon, Warwickshire, was described as having “great passion” for providing support to victims of crime by her family.

In a statement they said: “She was intent on living life to the full and had a wonderful thirst for knowledge, enabling her to be the best she could be.”