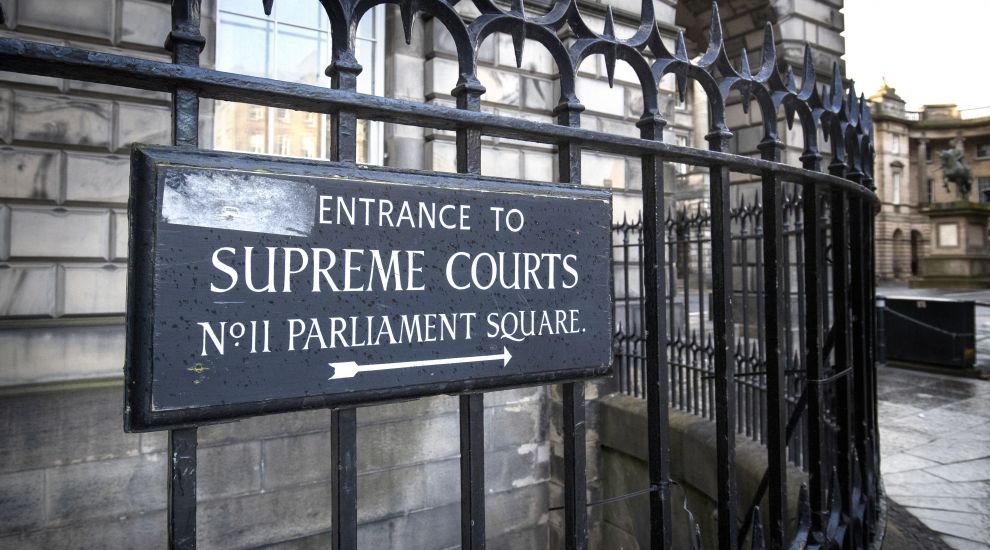 A legal bid arguing Boris Johnson’s Brexit deal was unlawful has been rejected by a judge.

It had been claimed that the Brexit agreement Prime Minister Boris Johnson negotiated with the EU was unlawful and should not be considered by Parliament.

The legal challenge, heard at the Court of Session in Edinburgh, suggested that that the proposed deal breaches UK law by leaving Northern Ireland in a separate customs arrangement to the rest of the country.

But Government lawyers defended the deal and claimed the legal action is a “direct and manifest interference with Parliament”.

On Friday evening, Lord Pentland rejected the campaigners’ argument that the agreement was unlawful, writing in his verdict that the petition was “of very-doubtful competency”.

The judge added: “The orders sought would unquestionably interfere to a major extent to the proposed proceedings in Parliament.

“I cannot see that it would be right for Parliament to be invited to consider a draft treaty which the court had suspended on the basis that it was unlawful.

“It is a cardinal principle of constitutional law that the courts should not intrude on the legitimate affairs and processes of Parliament.

“I consider that it should be left to Parliament to proceed in relation to the draft withdrawal agreement in the manner and according to the procedures that Parliament considers most appropriate.”

Aidan O’Neill QC, acting for the petitioners, told the court that the proposed Brexit deal would mean a “continuing regime of EU law applicable to Northern Ireland” – contrary to Section 55 of the Taxation (Cross-Border Trade) Act 2018.

He said this would breach the Act’s terms by creating different customs rules in Northern Ireland to the rest of the UK, leaving the deal void and unsuitable to be put before Parliament.

Mr O’Neill said: “What we have before us is a void agreement that has been presented publicly and to Parliament as valid.

“The agreement which was presented yesterday is void; is of no effect as a matter of law.

“If the interim suspension is granted on the basis that the agreement as a matter of national law is void, then there’s no agreement which can be laid before the House.”

In his judgment, Lord Pentland said the argument that the new Brexit deal was incompatible with the Trade Act was “at best a weak one”.

He said the “clear intention” underlying the proposed deal was Northern Ireland will remain part of the UK’s customs territory.

He added: “There is nothing to show that this will not play out as intended and work in a satisfactory manner.”

The Prime Minister and European Commission President Jean-Claude Juncker on Thursday announced the two sides had come to an agreement on a Brexit withdrawal deal, ahead of a crucial EU summit in Brussels.

EU leaders then approved the deal, and MPs are expected to vote on it on Saturday.

The challenge has been brought before Lord Pentland at the Outer House of the Court of Session by the Good Law Project, led by Jolyon Maugham QC.

Gerry Moynihan QC, acting for the Government, described the legal challenge as a “direct and manifest interference with Parliament” and revealed the House of Commons Speaker’s counsel had written to both parties urging them not “inhibit” bringing a matter before Parliament.

Mr Moynihan said suspending the agreement would prevent the deal being brought before Parliament, acknowledging the Government would not be able to claim a deal had been done or agreed if the court ruled the agreement unlawful.

“It would be utterly futile to lay a copy of that non-agreement before the House,” he said.

“It is a gross intrusion into the separation of power,” he said of the legal challenge, which he claimed was “simply incompetent”.

He argued Northern Ireland would remain in the UK’s customs territory because “a substantial part” of trade would still be with the UK.