M25 partially reopens after crane overturned across both carriageways 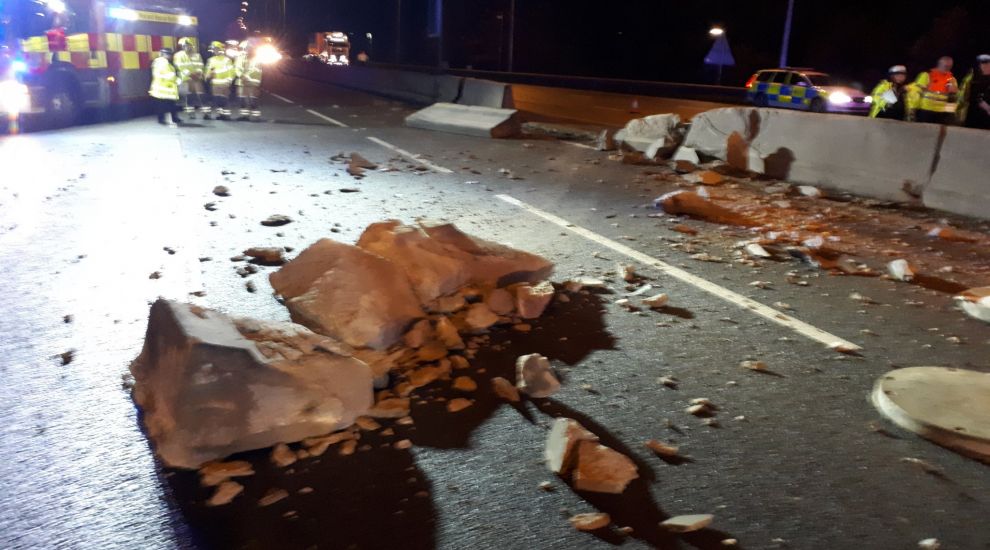 M25 partially reopens after crane overturned across both carriageways

The M25 has partially reopened after a crane overturned and crashed across both sides of the carriageway.

The incident happened at Junction 27 with the M11 in Essex at around 5.30pm on Friday evening.

Highways England said that, following resurfacing, the “clockwise side has been reopened with a lane 3 closure in place whilst the central reservation is repaired”.

It added that the anti-clockwise side of the motorway remained closed but was to reopen shortly.

The incident caused huge tailbacks in both directions, including more than 10 miles on the clockwise carriageway.

Earlier, Essex Police confirmed that no-one had been seriously injured but said the road is likely to be closed for “some considerable time”.

Highways England also warned motorists to avoid the area while the emergency services work to clear the scene.

Pictures shared on social media showed an unknown liquid coming from the vehicle and covering parts of the road.

Several blocks from the carriageway had been broken off by the crane and spread across the junction, making it impossible for cars to pass.

In a statement, Highways England said: “Specialist contractors will be required to recover the vehicle. The road is likely to remain closed for some time whilst this work continues and will reopen as soon as it is safe to do so.

“For traffic approaching the delays locally, drivers are advised to expect disruption with extra journey time and may wish to re-route or delay their journeys.

“If travelling towards this area from much further afield, delay information will remain visible on on-road variable message signs until delays have cleared.”