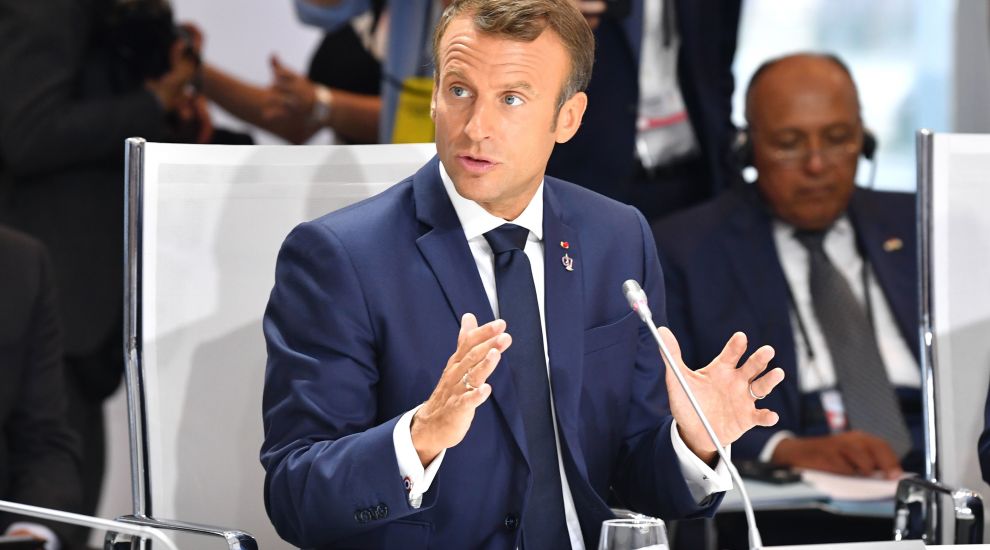 Emmanuel Macron turned up the pressure on MPs to back Boris Johnson’s new Brexit deal by raising doubts that any further delay will be granted.

Just a day before the crunch Commons vote, the French president said that the EU would not grant a further delay to Article 50 unless there are “some major changes”.

His threat added to one from European Commission president Jean-Claude Juncker, however reports have suggested Germany’s Angela Merkel believes a delay is inevitable if MPs reject the agreement on Saturday.

With no Commons majority and the DUP dismissing his plan, the PM must appeal for support from the Tory rebels he expelled and Labour MPs wanting to avoid a deal-less departure.

Mr Macron potentially turned up that pressure during a press conference to close the EU summit in Brussels on Friday so the bloc can “put an end” to the saga.

“So that we can turn to the future I believe that we shall stick to the deadline of October 31,” he said.

“That being said, I’m not trying to read the future but I do not think we shall grant any further delay.

“Like I said, there shall be no delay unless there are some major changes.”

A knife-edge vote has been set for an extraordinary sitting of Parliament on Saturday after the PM’s allies, the DUP, rejected his deal outright.

Arlene Foster’s party has also started a bid to convince Conservatives to vote with its 10 MPs, with MP Sammy Wilson calling on them to “take a stand for the union”.

The Northern Irish party wields significant influence over Tory Brexiteers and are seen as being able to swing members of the hardline European Research Group (ERG) of backbenchers.

ERG deputy chairman Mark Francois said “I haven’t decided” which way he plans to vote after leaving Number 10 on Friday.

Amber Rudd, who resigned from the Tories and her role as work and pensions secretary of the PM’s handling of Brexit, suggested she may not vote for the deal.

But in better news for the PM, some Labour backbenchers including Sarah Champion said they would rebel and back the deal.

The Rotherham MP made a commitment in an email to a constituent seen by Buzzfeed News, alluding to fears over a “catastrophic no-deal Brexit”.

Sir Nicholas Soames – one of the 21 Tories to have the whip withdrawn over a bid to block a no-deal – told BBC’s Newsnight he would back the deal.

And he said the remainder of his expelled colleagues would “by and large” vote with him on the first weekend sitting of Parliament in 37 years.

In a sign of MPs’ distrust of Downing Street, an amendment to Saturday’s vote has been proposed for Mr Johnson to ask for a Brexit delay before the legislation is passed.

Exiled Tory Sir Oliver Letwin has requested an amendment that, if selected by Commons Speaker John Bercow, could see MPs withhold support of the deal until the Brexit legislation has been safely approved.

This would trigger the Benn Act introduced by MPs opposed to a no-deal and compel the PM to request a delay until the end of January.

Labour MPs considering voting for the deal are not being threatened with the removal of the whip or deselection, after Jeremy Corbyn argued for the “power of persuasion rather than the power of threat”.

But Jon Lansman, a close ally of the Labour leader, has threatened rebels with deselection attempts.

Despite the uphill battle, Mr Johnson said he is “very confident” MPs will back his last-minute deal as he urged parliamentarians to “come together and get this thing done”.

Getting the deal approved would avoid an almighty clash over whether the PM abides by the Benn Act and asks for a delay, a move he has repeatedly ruled out.

But any delay would need the consent of the EU and Irish Taoiseach Leo Varadkar warned MPs they should not “make the assumption” all 27 remaining EU leaders would give this despite Ireland being “open to it”.