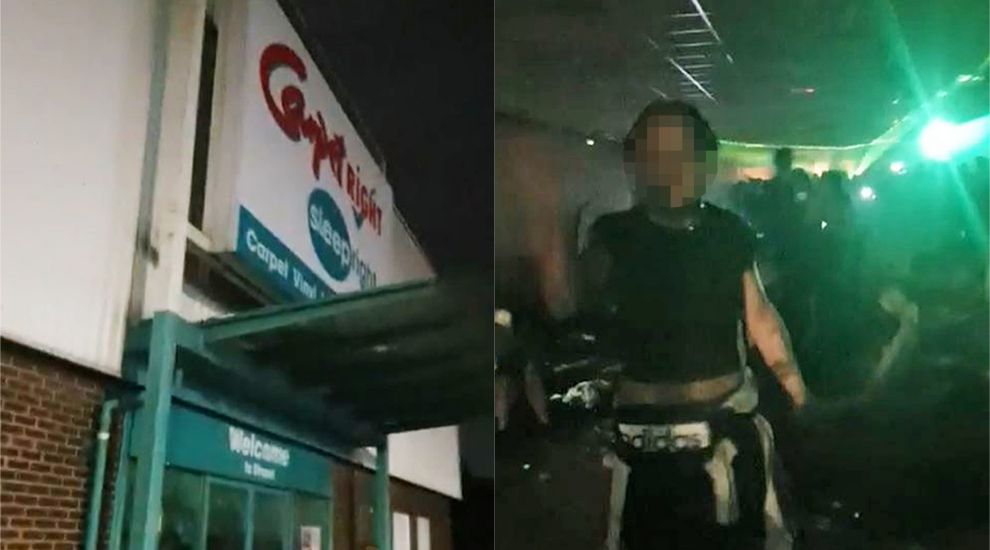 A man has been arrested after police shut down a rave involving more than 1,000 young people held at a disused Carpetright warehouse store.

Officers were called to the premises at Strood Retail Park in Kent at 11.30pm on Saturday following reports of anti-social behaviour by young people travelling to the site.

A Kent Police spokesman said: “It was established that a suspected unlicensed music event was being held inside a disused warehouse with a significant number of people in attendance.

“Officers remained at the location to prevent any potential breach of the peace, ensure public safety and identify if any criminal offences had been committed.”

A video posted on social media shows a large number of people dancing inside the disused store, which had been set up with lighting systems for the event.

A number of police are also shown waiting outside the premises.

A voice is heard on the video saying: “We’ve finished work, gone to McDonald’s in Strood and hear about this illegal rave at Carpetright – this is crazy.”

The force spokesman said that a 39-year-old man from Ashford was arrested on suspicion of conspiring to commit a public order offence and supplying a psychoactive substance (nitrous oxide).

He added: “Enquiries are ongoing.”