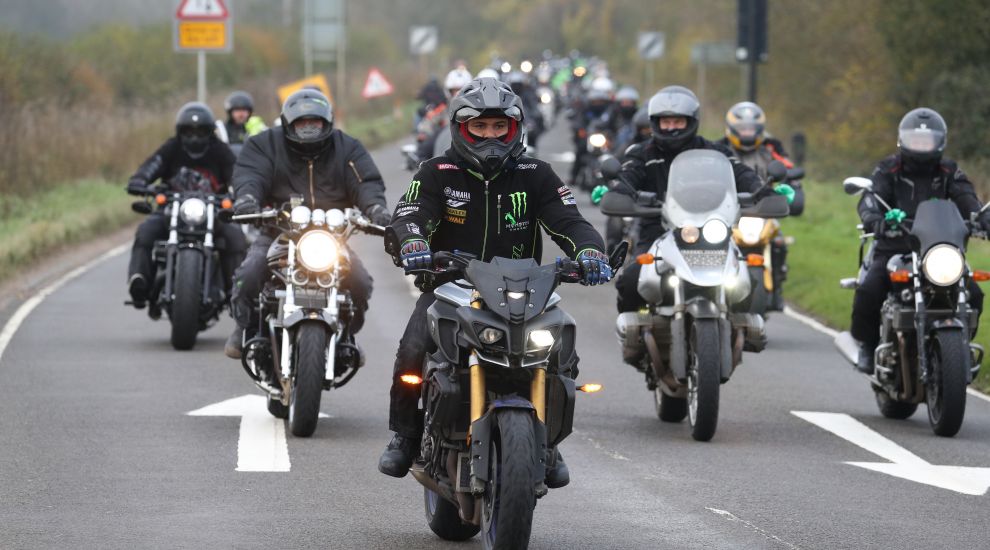 A motorbike convoy paid tribute to British teenager Harry Dunn by tracing the route he was riding before he was killed in a head-on collision.

Hundreds of bikers followed Harry’s last ride through Brackley and his home village of Charlton in Northamptonshire on Sunday.

The grieving parents of Mr Dunn, who was killed in the crash 12 weeks ago, watched with hundreds of spectators, many showing support for the family’s campaign for the US suspect involved in the crash to face trial in the UK.

Anne Sacoolas, the wife of an American intelligence officer, is believed to have been driving on the wrong side of the road when she allegedly hit the 19-year-old’s motorbike outside RAF Croughton on August 27.

She claimed diplomatic immunity after the incident and returned to the US, sparking an international controversy.

Mr Dunn’s parents, Tim Dunn and Charlotte Charles, watched the convoy with supporters of the campaign Justice4Harry – who were wearing green T-shirts and ribbons in his memory.

They said in a statement: “Today has been unbelievably emotional for us and we have been overwhelmed by the love and support all the participants have shown us.

“Harry would have been so proud to know that he was at the centre of all this attention as we continue our campaign.

“We cannot thank the millions of people supporting us all around the world enough.

“Each and every one of you is a member of Team Harry.”

Their adviser and spokesman, Radd Seiger, said: “Today’s incredible bike event not only shows how much love Harry Dunn’s family have from members of the public, but support for their campaign too.

“The campaign is now an unstoppable force and we will get justice for Harry and for his family.”

Two days earlier, Mr Dunn’s parents expressed frustration that the Crown Prosecution Service (CPS) has not yet decided whether to charge Mrs Sacoolas.

They said they were “absolutely on (their) knees” after being “strongly” led to believe they could expect the decision this week, following discussions between Mr Seiger and Chief Constable Nick Adderley.

But in a statement released on Friday, Mr Dunn’s parents said the chief constable had told Mr Seiger there had been no decision, and a timeline of when to expect one had not been set out.