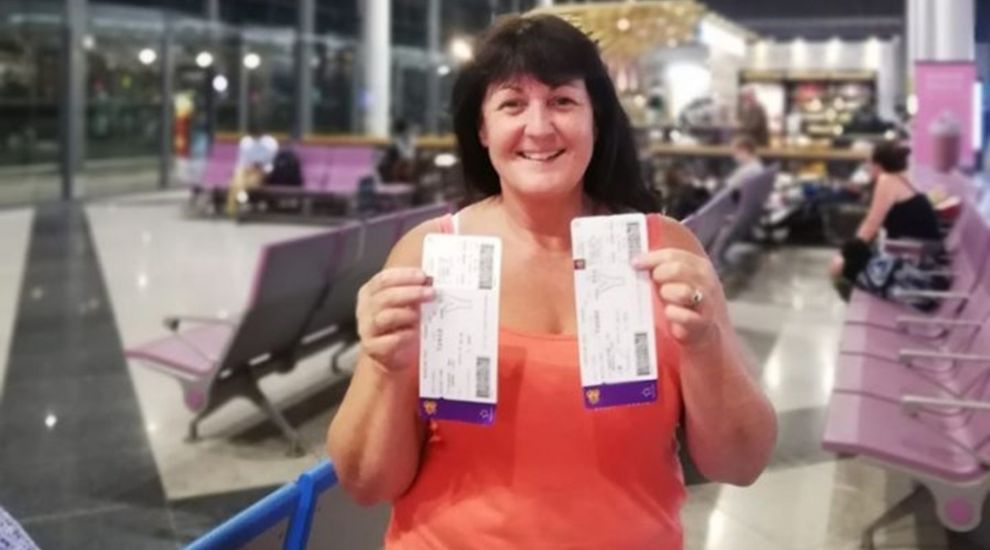 An NHS nurse who had been stranded in Cambodia and pleaded with Boris Johnson to help get her home has landed back in the UK.

Cheryl Baxter said she “had a few tears” when she arrived back at her front door in St Mary’s Bay in Kent on Thursday morning after her ordeal in South East Asia.

Mrs Baxter works in Hastings, East Sussex, where she is head of Conquest Hospital’s Covid-19 ward, and is looking forward to rejoining her colleagues soon.

Speaking to the PA news agency after she and her husband Ivon arrived home, she said the whole experience was a “mental roller coaster”.

Mrs Baxter, 52, and her husband had been travelling before the UK pandemic commenced and were due to fly home on March 22 via Bangkok.

But as the coronavirus crisis intensified, they had huge trouble securing the right medical certificates to fly home, with different agencies demanding different papers.

She told PA: “My worst fear was that Bangkok would shut down, then we would be stuck for how long.

“My other fear was either of us would become unwell out there.”

They had already been unable to board one flight and looked set to miss their rebooked departure after being told they needed a negative swab test for Covid-19, which takes 72 hours to process.

Meanwhile, Mrs Baxter said she and her husband were being “ripped off right, left and centre” by hotels.

She said: “They could see that you are there and you are struggling and just wanted to go home.”

In an emotional video posted on Facebook earlier this week, Mrs Baxter called on the Prime Minister to help them get home so that she and fellow key worker Ivon could be where they were needed.

She said: “Things were literally changing hourly while we were out there.

“Tuesday afternoon I was literally sobbing in the hospital, saying you have got to help me.”

But fortunately they were able to board their flight on Wednesday evening and touched down at Heathrow at about 7am on Thursday.

Now back in the UK, Mrs Baxter wants the Government to do more to help the hundreds of people still stranded abroad.

She said: “I just now really want to get the message across that there are so many people still stuck that need to get home and just need some help as to how to go about it.

“It’s not the first time that people have been stranded out in countries.”