PM warns migrants trying to illegally enter UK: ‘We will send you back’ 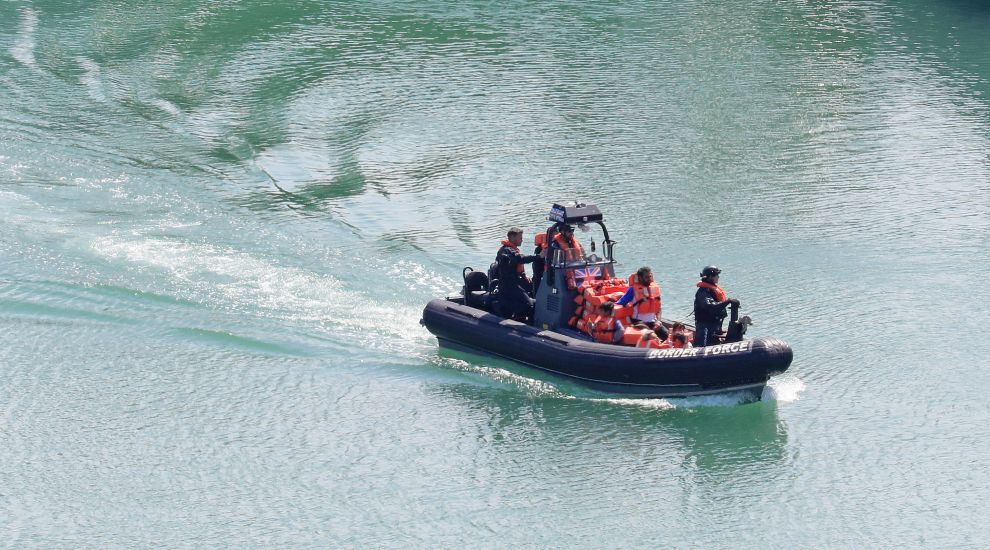 PM warns migrants trying to illegally enter UK: ‘We will send you back’

Boris Johnson has told migrants not to cross the English Channel to get to the UK as “we will send you back”.

The Prime Minister’s comments came after nearly 100 people took to small boats to try to make the crossing from France to the UK in one day.

The news prompted Home Secretary Priti Patel to seek talks with her French counterpart to address the crisis.

Mr Johnson told reporters on Friday:  “Clearly the most important thing is to stop them coming across from France so we are working very closely with the French authorities.

“The point I would just make to people thinking of making this journey – one, it is very hazardous, you may think the weather looks great but it’s a very, very dangerous thing to do.

“The second thing is – we will send you back. The UK should not be regarded as a place where you could automatically come and break the law by seeking to arrive illegally.

“If you come illegally, you are an illegal migrant and I’m afraid the law will treat you as such.”

Authorities were called to at least seven incidents on Thursday involving 94 people who were trying to cross the water from France to get to the UK.

The wave of attempted crossings continued on Friday.

Shortly after 9am, a Border Force patrol boat intercepted a group of 11 people – nine men and two women who said they were nationals from Iran and Niger. They were taken to Dover and handed over to immigration officials, the Home Office said.

Earlier in the morning, the French coastguard said 24 migrants, reportedly including seven children and a woman, were also found trying to cross the Channel.

Dover MP Charlie Elphicke said on Twitter: “Only when migrants and traffickers alike know that they will not succeed in crossing the English Channel will this crisis come to an end.”

The news comes as Ms Patel prepares to hold talks with her counterpart, the French Interior Minister Christophe Castaner, to address the crisis in the wake of Thursday’s surge of reports.

The Home Office has now confirmed officials dealt with 64 people, including at least six children, who tried to reach England in small boats in six separate incidents on Thursday.

French authorities said they found 30 migrants, including 11 children, attempting to make the crossing that same day.

The Home Office said that the 30 people picked up by the French were all taken back to the continent.

The crossings came as official figures were published on immigration to the UK from the EU – with data showing the number of people offered asylum and other forms of humanitarian protection by the UK has risen to its highest level since 2003.

– At 2.30am on Thursday, the Border Force was alerted to a small boat travelling across the Channel towards the UK coast. A group of eight men and one woman, who all said they were Iranian nationals, was found and taken to Dover.

– At 5am, a Border Force cutter intercepted another small boat and a group of 11 males was taken to Dover. The group, including two who said they were children, said they were nationals of Iran, Guinea, Kuwait, and the Ivory Coast.

– Two hours later, six men, who said they were Iranian nationals, were spotted on a small boat and taken to Dover.

– At 11.30am, the Border Force was sent out to a boat carrying 11 people, including four who said they were children, who all claimed to be Iranian nationals.

– At the same time, Border Force was called to Winchelsea beach in East Sussex and found 11 migrants.

– Around half an hour later, officials were alerted to another small boat crossing the Channel which was escorted to Dungeness by the Hastings lifeboat. Some 16 people – who said they were Iranian and Vietnamese – were handed over to immigration officials.

A Home Office spokeswoman said attempting such crossings was a “huge risk” and “the criminal gangs who perpetuate this are ruthless and do not care about loss of life”.

She added: “We have three Border Force cutters in the Channel and a joint action plan with France in place, including a co-ordination centre in Calais which assists with preventing illegal attempts to cross the border.

“Since January, we have returned more than 65 people who arrived illegally in small boats to Europe.

“We continue to monitor the ongoing situation and are working closely at all levels with French authorities on the issue.

“The Home Secretary will raise this issue with her French counterpart in the coming days.”