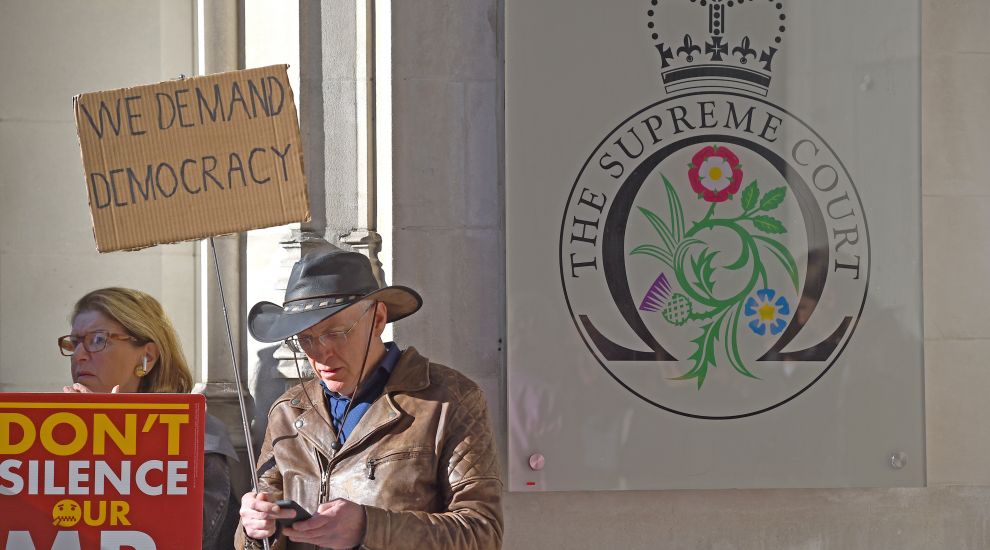 Boris Johnson did not advise the Queen to suspend Parliament for five weeks for any “improper purpose”, Supreme Court justices have heard.

Sir James Eadie QC, representing the Prime Minister, told the 11-strong panel that the suggestion the prorogation was intended to “stymie” Parliament ahead of Brexit is “untenable”.

During a series of exchanges with the judges on the second day of a historic hearing in London, the barrister also said any attempt to call Mr Johnson to give evidence in court would have been “resisted like fury” had it been made.

The court is hearing appeals on two separate challenges in the English and Scottish courts over the prorogation of Parliament, which produced different outcomes.

Sir James told the court on Wednesday: “Parliament has been considering Brexit for months and years.

He also said decisions to prorogue Parliament “are inherently and fundamentally political in nature” and not a matter for the courts.

However, during an exchange with Lord Reed, one of the justices hearing the case, he accepted there are limits to the Government’s prerogative power and that it is part of the court’s role to determine what those limits are and whether they have been exceeded.

Lord Wilson asked Sir James why no statement had been provided to explain why the prorogation decision was taken.

He said: “Isn’t it odd that nobody has signed a witness statement to say ‘this is true, these are the true reasons for what was done’?”

Sir James replied: “My lord, we have the witness statements we have.

“My submission is that, in light of the case law only, it remains open to the court to make judgments on the facts on the basis of the underlying documents that have been produced.”

Sir James said the documents provided to the court were from the “top level” of Government and included a note of cabinet discussions on prorogation.

He also said, in response to a question from Lord Carnwath, that he had never been involved in a judicial review where the minister responsible for the decision under challenge had given a witness statement.

Lord Pannick QC, representing Mr Johnson’s opponent Gina Miller, told the court on Tuesday that it was a “remarkable feature” of the case that no statement had been provided to the court giving reasons for the Prime Minister’s decision.

The appeals arise out of earlier rulings in which leading judges reached different conclusions.

At the High Court in London, the Lord Chief Justice Lord Burnett and two other judges rejected a challenge against the Prime Minister’s prorogation move by campaigner and businesswoman Mrs Miller.

But in Scotland, a cross-party group of MPs and peers won a ruling from the Inner House of the Court of Session that Mr Johnson’s prorogation decision was unlawful because it was “motivated by the improper purpose of stymieing Parliament”.

Mrs Miller is now appealing against the decision of the High Court, asking the Supreme Court to find that the judges who heard her judicial review action “erred in law” in the findings they reached.

The justices are also being asked by the Westminster Government to allow an appeal against the decision in Scotland.

Urging the justices to reject the Government’s appeal in the Scottish case, Aidan O’Neill QC, representing the group of MPs and peers, said: “Stand up for truth, stand up for reason, stand up for diversity, stand up for Parliament, stand up for democracy by dismissing this Government appeal and upholding a constitution governed by laws, not the passing whims of men.

“What we have with prorogation is the mother of parliaments closed down by the father of lies. Lies have consequences – but the truth will set us free.

“Rather than allow lies to triumph, this court should listen to the angels of its better nature and rule that this prorogation is an unlawful abuse of power of prorogation which has been entrusted to the Government.”

The Prime Minister advised the Queen on August 28 to prorogue Parliament for five weeks and it was suspended on September 9.

Mr Johnson says the five-week suspension is to allow the Government to set out a new legislative agenda in a Queen’s Speech when MPs return to Parliament on October 14.

But those who brought the legal challenges argue the prorogation is designed to prevent parliamentary scrutiny of the UK’s impending exit from the EU on October 31.

Lord Pannick argued on Tuesday that Mr Johnson’s motive for an “exceptionally long” prorogation was to “silence” Parliament, and that his decision was an “unlawful abuse of power”.

Mrs Miller’s action is supported by former prime minister Sir John Major, shadow attorney general Baroness Chakrabarti and the Scottish and Welsh Governments, who are all interveners in the Supreme Court case.

The justices will continue to hear submissions from the parties and interveners on Thursday, the third and final day of the hearing,  but it is not yet known when they will give a ruling.

During a brief discussion on Wednesday about what order the court should make in the event it concludes the prorogation was unlawful, Lord Reed said the issue could be a “very difficult question” for the judges.