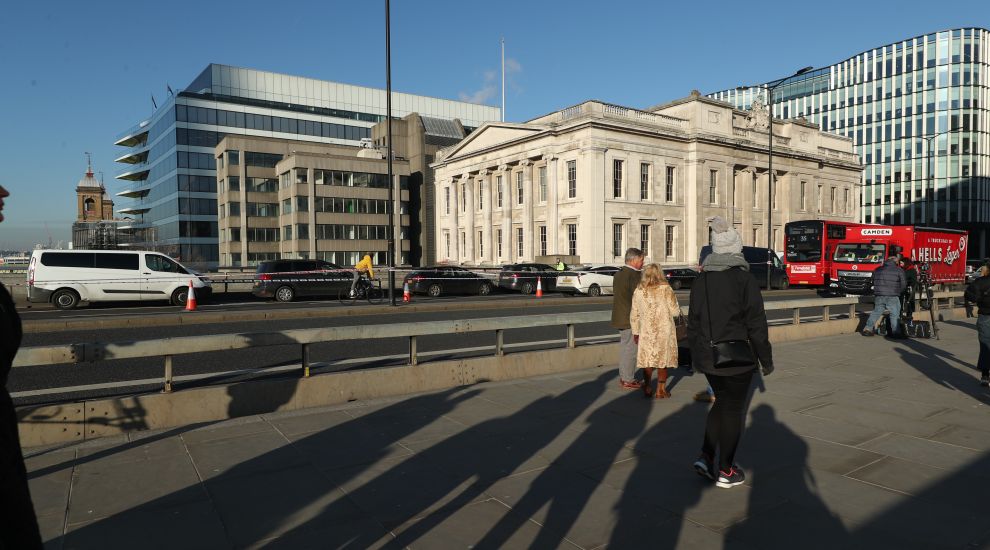 A kitchen porter who fought off the London Bridge attacker with a pole has said he “acted instinctively”.

Lukasz was working at Fishmongers’ Hall when Usman Khan launched his knife attack at a University of Cambridge conference on prisoner rehabilitation, killing two.

The first aider ran towards the danger, grabbing a long pole from the wall of a first-floor room in the Grade II listed building and using it to fend off the 28-year-old attacker, who was wearing a fake explosive vest.

Lukasz was among those stabbed in the attack but he said he has since been able to return home from hospital.

In a statement released through the Metropolitan Police, he said: “On the afternoon of Friday, 29 November I was working at Fishmongers’ Hall as normal when the unimaginable and tragic terrorist attack happened.

“I and several others tried to stop a man from attacking people inside the building. I did this using a pole I found. Someone else was holding a narwhal tusk.

“The man attacked me, after which he left the building. A number of us followed him out but I stopped at the bollards of the bridge. I had been stabbed and was later taken to hospital to be treated. I am thankful that I have now been able to return home.

“When the attack happened, I acted instinctively. I am now coming to terms with the whole traumatic incident and would like the space to do this in privacy, with the support of my family.

“I would like to express my condolences to the families who have lost precious loved ones. I would like to send my best wishes to them and everyone effected by this sad and pointless attack.”

The chief executive of Fishmongers’ Hall, Commodore Toby Williamson, earlier spoke of the heroics of the Polish porter, named in full in reports as Lukasz Koczocik.

He told the BBC: “There’s this guy called Lukasz – he’s the guy who cleans the glasses down in the basement.

“And that’s exactly what he was doing when he hears this scream, the scream is so loud that as a first aider he makes a choice, he goes towards the trouble.

“He gets there on the first floor of the building and it’s pretty clear there’s a bad guy who has two knives in his hand – there’s blood, there’s screaming, there’s chaos.

“Lukasz pulls off the wall this long stick, he charges towards the bad guy and he impacts him on the chest.

“And there’s clearly something here that is protective and he doesn’t make any sort of impact. The doors opened, out the terrorist falls and the first one after him is Lukasz shouting at everyone to get out of the way, get back.