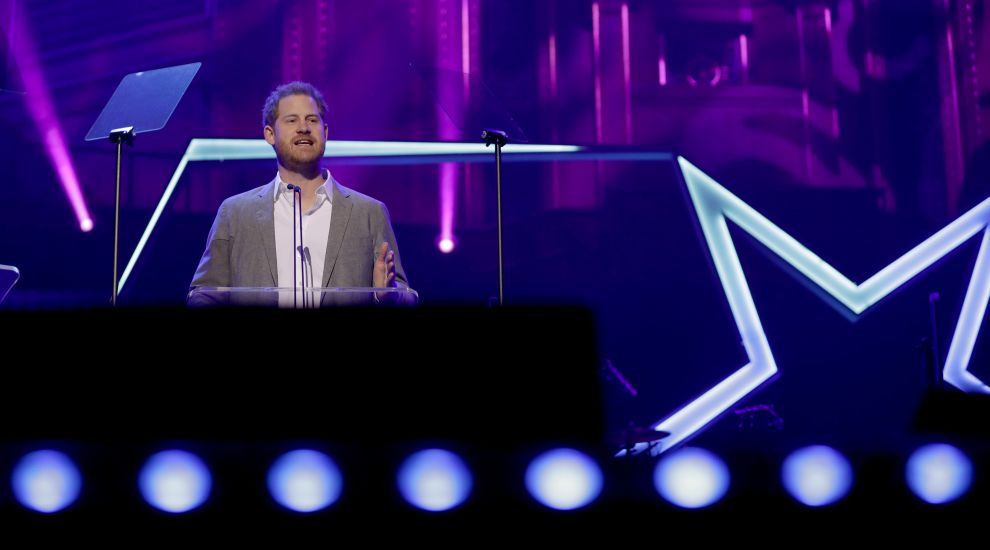 The Duke of Sussex praised climate activist Greta Thunberg and the power of understanding your own mental health in what is thought to be his last official public appearance before taking a break with his young family.

Harry took to the stage at the OnSide Awards at the Royal Albert Hall to urge thousands of youngsters to continue to try and take steps to “unlock your potential and realise the difference that you can make”.

The central London ceremony, which is in its inaugural year, was set up to champion the achievements of children who have made a difference to their community.

Harry and wife Meghan have both been seen publicly this month, ahead of their plans for a six-week break from royal duties with their baby son Archie.

The high-profile couple got back to work in the wake of last month’s ITV documentary in which they opened up about their struggles. Being in the public eye, life as a member of the royal family and having a new born child were all touched upon in the programme.

Harry spoke at the awards ceremony of 16-year-old Greta Thunberg who started a school strike for the climate outside the Swedish Parliament in August 2018 – which has since spread all over the world. It now involves more than 100,000 schoolchildren.

He recalled that Greta had been “one voice, with just one placard, sitting on her own outside the Swedish parliament” when she began her campaign and she was dismissed by many adults.

Harry said: “She may have been just one person at the beginning, but she had a belief, a mission, and a desire to do something not just for herself but for everyone, and now – the whole world is paying attention.

“Whatever your dream – every country, every community, every school, every friendship group, every family needs their own Greta – someone who can lead the way, someone who is prepared to stand up for what they believe, and show how much they care for the people in their lives and the community around them.”

Harry, who has spoken previously of his own issues with mental health, also said: “Sometimes a lack of mental fitness can be the biggest blocker to our own ability to succeed.

“By understanding our own mental health as much as we do our physical health, by knowing what makes us thrive rather than just survive, we’ll be unlocking such incredible potential for ourselves and more young people up and down the country.

“So, for everyone involved in making this happen, thank you.”

OnSide Youth Zones is a national charity which has 13 state-of-the-art centres across the UK with 50,000 members which provides safe, fun and inspiring places for young people to go outside of school to have fun and grow.

Over 2,500 young people travelled from across the UK for the awards ceremony.

Earlier, a casually-dressed Harry, who was wearing a white open neck shirt, blue chinos, tan suede boots and a grey blazer smiled, chatted and posed for photographs with many of the young nominees.

The awards aim to recognise the achievements of young people, volunteers and staff.

Awards were given to young people who have made a difference in their community, have a breakthrough talent or overcome challenging circumstances.

OnSide chairman John Roberts said: “Talent is evenly distributed but opportunity is not.

“People need to be able to believe. Harry is amazing at giving people footsteps to follow in and helping them to believe they can.”

Youth Zones, which are based in disadvantaged areas, are open to eight to 19 year-olds, or people aged 25 with a disability.

They are staffed by professional youth and activity workers and an army of volunteers, Youth Zones are packed with 20 activities every session, catering for all sporting, creative and social interests.

Harry and Meghan visited The Hive, Birkenhead’s Youth Zone, in January, while he officially opened London’s first Youth Zone in Barking and Dagenham, in April.